Heathrow Airport has announced the opening of the new walkway between the two Terminal 5 satellite terminals – 5B and 5C – and the main 5A building.

There is a separate arrivals and departure walkway. 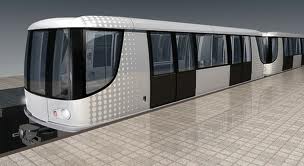 Instead of taking the transit train between the terminals, which can become uncomfortably busy at peak morning times, you can now use the moving walkway instead.

British Airways says that it will take a ‘comparable’ time to taking the train although I don’t know if that assumes you have to wait for one or two to pass before you can get on one!

Work has not yet finished to ease congestion.  New lifts will soon be introduced, a new platform will open at Terminal 5C and an additional carriage will be added to the transit trains.