This is my review of the Grand Hotel Huis ter Duin in Noordwijk in the Netherlands.

Last weekend we did something totally different – a beach holiday in the Netherlands.  This is not something you would normally consider but it worked incredibly well.  We were, of course, hugely lucky with the weather.

The destination was Noordwijk.  This is a Dutch coastal town that is literally 25 minutes drive – along fairly deserted roads – from Schiphol Airport.  Don’t worry, I’d never heard of it either.

Our destination was the Grand Hotel Huis ter Duin, one of the few major five-star hotels in Europe still in family control.  My wife had been there for a conference and I took the children over for the weekend.

This is the hotel:

but it gives you a false impression of Noordwijk.  The buildings in the picture are virtually the only big buildings in the town.  Apart from the ugly bulk of the flats and the hotel, the rest of the town is pleasant.

The other thing you can’t see from the picture is that the hotel grounds run directly down to the beach.  There is no road in front of the property.

The Grand Hotel Huis ter Duin is a mish-mash of various styles which leaves you in some degree of bemusement:

The beach club, ‘Breakers’ (the building on the beach, also shown below) is a very classy, quite funky, upmarket restaurant and café which would not be out of place in Antigua or Cannes. 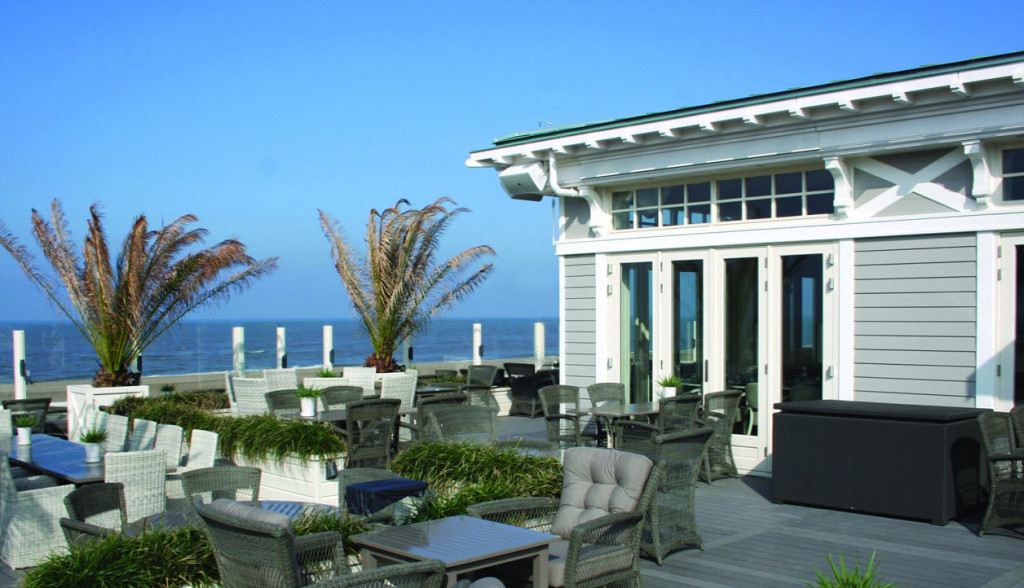 The hotel public areas (lobby below) hark back to the grand Victorian hotels with dark wood predominant.  The white butler-style unforms worn by the waiting staff follow this theme. 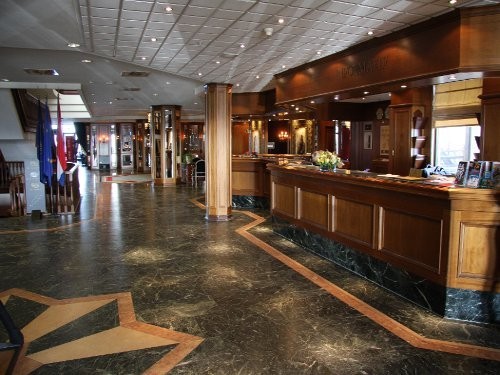 The bedrooms (below) are a slightly scary 1980’s design which are desperately in need of kicking into the 21st century.  They are a good size though – we had two connecting sea-view rooms on the 7th floor. 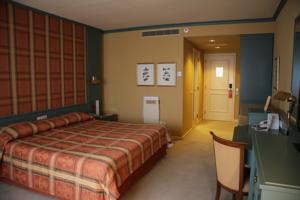 If you look at the photos of the beach club, the lobby and the rooms it is hard to believe they are all from the same hotel.

Brighton this isn’t.  It was exceptionally hot last weekend, perfect beach weather, but the beach was still relatively quiet.  Not empty, obviously, but there was no need to sit within 200 feet of another person if you didn’t want to.  We did very little – we went down to the beach with the kids, paid €3 for a bucket and spade set and they were happy.  A quick walk into Noordwijk town centre found a newsagent selling all the English papers.

The Grand Hotel Huis ter Duin is far from perfect.  The swimming pool is a bit useless – a children pool, only suitable for babies, and then a main pool which is entirely 140cm deep.  Any child under 11 would struggle to stand in it.  Breakfast was decent quality but the hotel struggled to provide seating for everyone and the selection of food was a bit hit and miss.  Coffee came with condensed milk only.

There is a Michelin-starred restaurant which we didn’t use because of the kids.  One lunch we had at a nearby pancake house and another meal we took in the bar.  The staff were happy to provide kids food even though it wasn’t on the menu, and in general they did do everything they could to keep us happy.  We even got a late check-out for €49 to 5pm which was ideal given our late flight back.

We really enjoyed our stay here.  We were VERY lucky with the weather and would have struggled had it rained.  It would be slightly odd to go there for the weekend from the UK, albeit it is quicker and more pleasant than trying to get down to Cornwall for the weekend on a Friday night.

If you are visting the Netherlands during the Summer anyway, though, there are far worse places to tack on a night or two before heading home.

The Grand Hotel Huis ter Duin is part of Preferred Hotels and you can book it via their website here.