After an incredibly long and painful process, Air India has finally been cleared to join Star Alliance.  It has only taken seven years from their initial application …..

During that seven years, Air India has been through a turbulent time.  It is now only the third largest India airline (after Jet and IndiGo) and remains wholly owned by the Government.

After six consecutive years of losses, it finally returned to profit in the year to March 2013.  At one point in 2011 the airline had actually stopped paying salaries, so dire was its financial position. 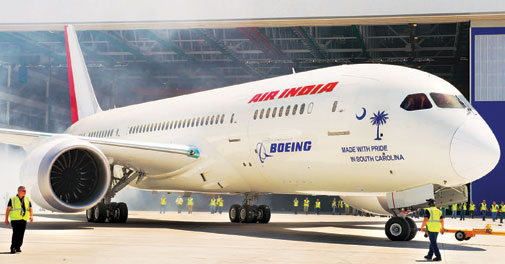 The expected joining date is July 11th.  You will be able to earn and redeem Star Alliance miles on Air India from that date.

From a fleet point of view, Air India is not a bad proposition – most of its European routes including Heathrow are now flown with the brand new Boeing 787 Dreamliners (photo below).  It will eventually own 27 of the aircraft.

Air India will become the 27th member of Star Alliance.  Despite losing TAM and US Airways this year, it still has almost twice as many airline members as oneworld.

Air India adds 35 new airports to the Star Alliance.  Interestingly, Air India has stated that it expects to increase its revenues by 4%-5% through its membership of the alliance.  This is the first time that I have ever seen an airline put a hard number on their expected alliance benefits.

You can read the full press release on the Star Alliance website here.

Since there are many Head for Points readers who use Air India to visit family and may now be looking for a good Star Alliance frequent flyer programme, I will run through some of the options tomorrow.