I don’t write any many airline fare sales on Head for Points – at least not compared to the number I get emailed about – but KLM is running a very short term sale to China which did catch my eye.

Until July 8th – so you have two days left to book – they are selling economy tickets to a number of Chinese cities plus Hong Kong for £399.

These are flights from Heathrow with a connection in Amsterdam. 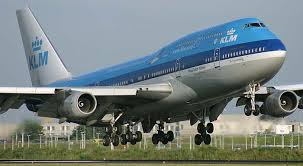 You need to fly between 26th August and 30th September, which seems an oddly tight window but there you go! Your return flight must be from 1st October to 15th December. If you only want a short holiday you will need to fly in late September.

Full details can be found on the KLM website here.

There are also special offers to other destinations around the world but none seemed as aggressively priced as these China fares.