My route to Las Vegas took me from London to Los Angeles on a British Airways A380 (review in a couple of days).  From LA, I booked myself onto Virgin America for the short hop to Las Vegas.

If you want to get a flavour for the airline, take a look at their safety video which I highlighted on Saturday.  It tells you all you need to know!

The Virgin America message seems to be:

We want to make flying fun and interesting and less stuffy, but

They have, I think, succeeded.

It didn’t start incredibly well to be honest.  Having whizzed through immigration in record time, I found myself with a rather long gap before my Vegas flight.

The Virgin America website makes big claims for their lounge, The Loft.  In truth, it is pretty pathetic.  The view over the apron and runway is impressive (photo below) but there are no facilities to speak of and the food offering is poor.  There is a functional bar.  In no way does it justify the $40 cost of a day pass. 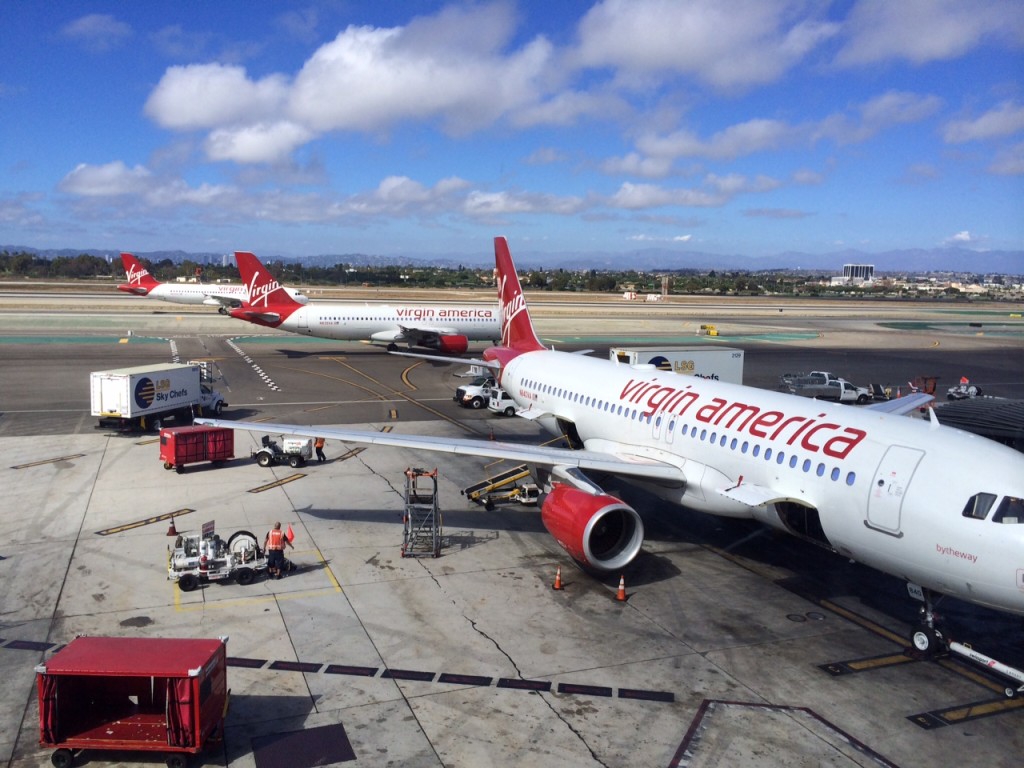 After two hours of thumb twiddling, I boarded.

If you have flown Virgin Little Red you will have seen the mood lighting used in the cabin.  British Airways is doing something similar with its refurbished short-haul planes although I have yet to see it in action.  Virgin America does something similar but with some added pizzazz.  Take a look at this photograph of mine – the bulkhead is a single piece of clear purple Perspex! 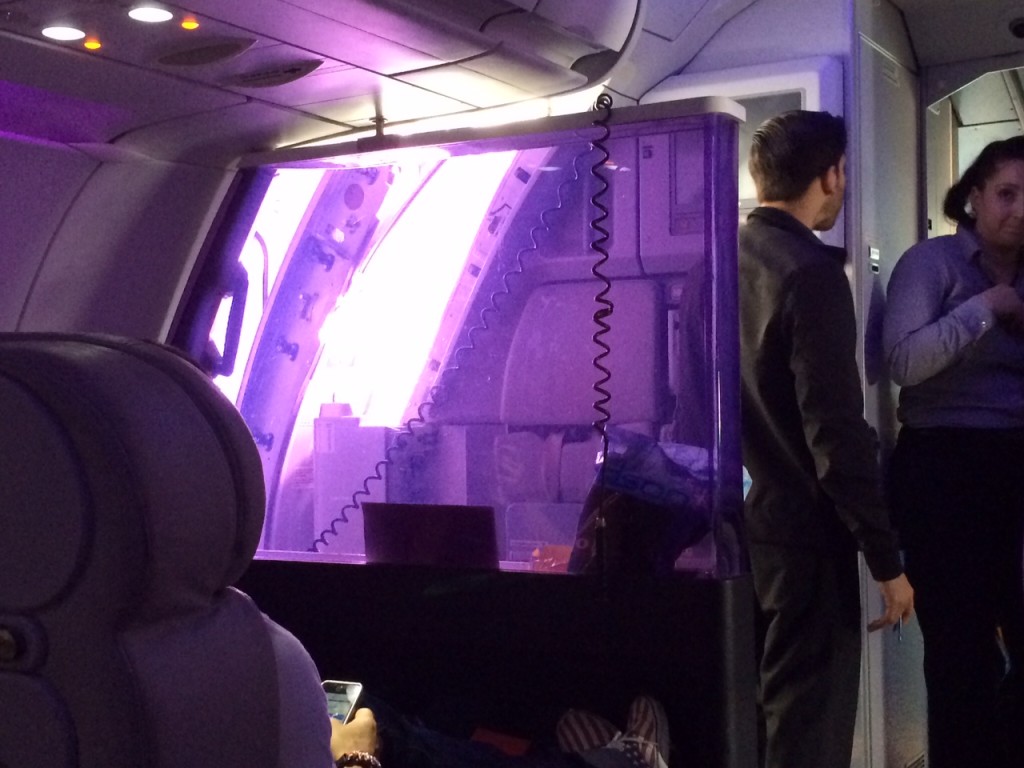 Even in economy, Virgin America knocks other US and European carriers out.  Each seat has a built-in TV.  There is wi-fi (not free, but cheap – $3 for 30 minutes).  Seat pitch is 32 inches – substantially more than British Airways is now offering with its refurbished seats.  You can order food and drink via the TV, paying directly with a credit card via the screen. 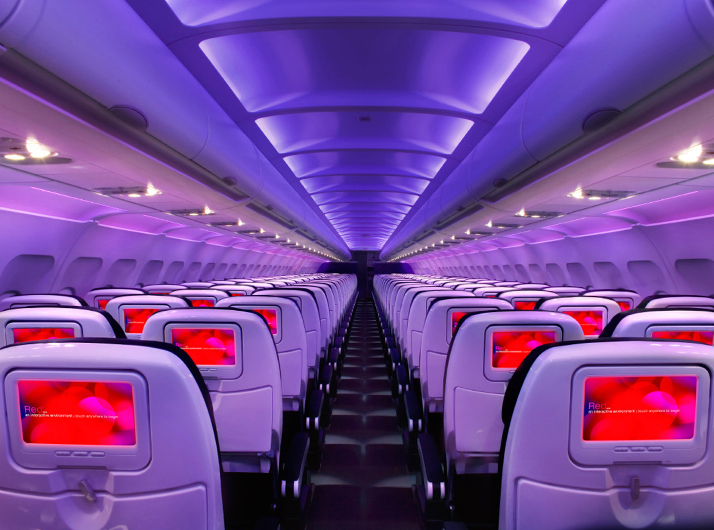 If you want more legroom, you can upgrade to Main Cabin Select.  This offers a whopping 38 inches of legroom: 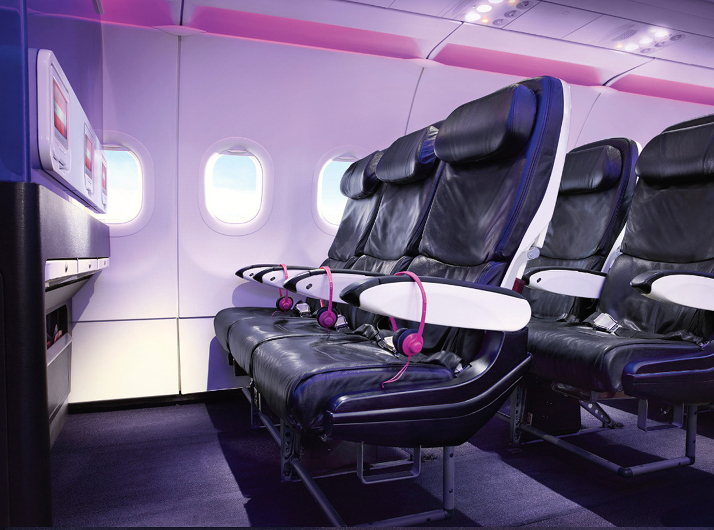 Then we come to First Class, where I was sitting.  I will discuss that tomorrow.