I promised to share a few photos from my flight to Los Angeles recently in First Class. It was the first time that I had flown a British Airways A380 although I have tried the Emirates and Singapore versions.

Tomorrow I will review the seat and the service.  Today, though, I wanted to look at the food.  In particular I want to review the special tasting menu that has been developed for the British Airways A380 routes.

When I was at ‘Taste of London’ in 2012, one of the BA chefs there told me that the A380s would have a more modern kitchen and theoretically offered more potential for serving high quality food.

Where they have ended up is this five course tasting menu, presented ‘in association with The Langham, London‘.  (The restaurant at The Langham is outsourced to the Roux brothers. There is no mention of Roux involvement in the tasting menu, however.)

There was an amuse bouche of glazed fig with citrus dressing. I am guessing that all diners had this, whether or not they went for the tasting menu. 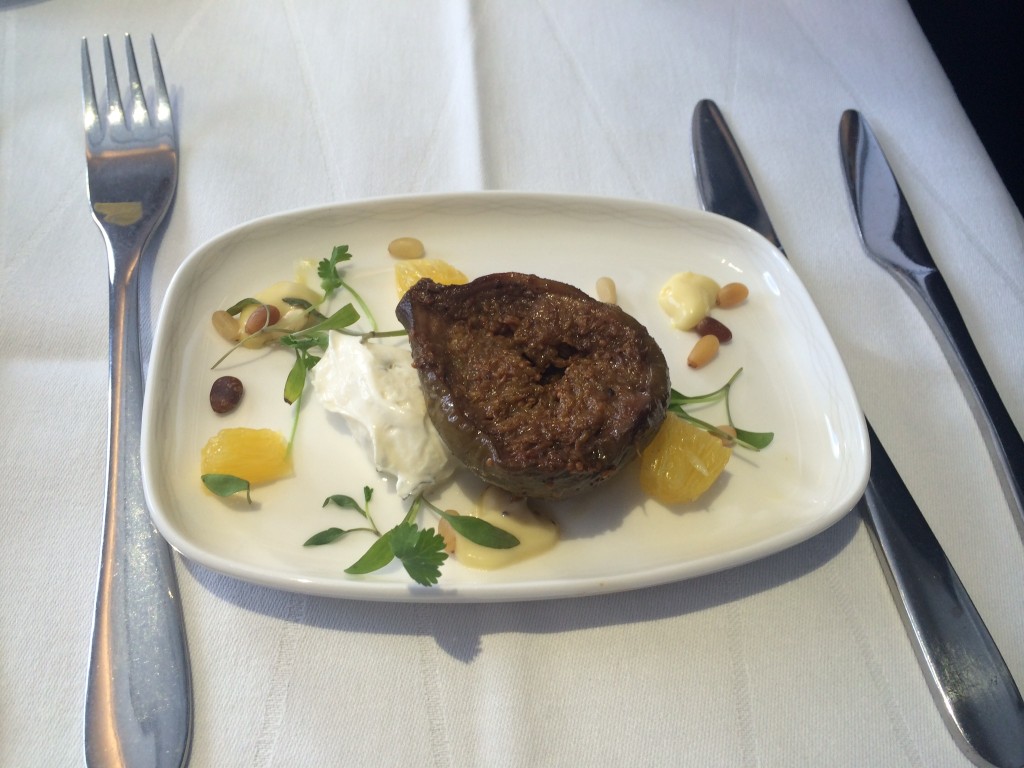 Following the amuse bouche, each course was paired with a different wine: 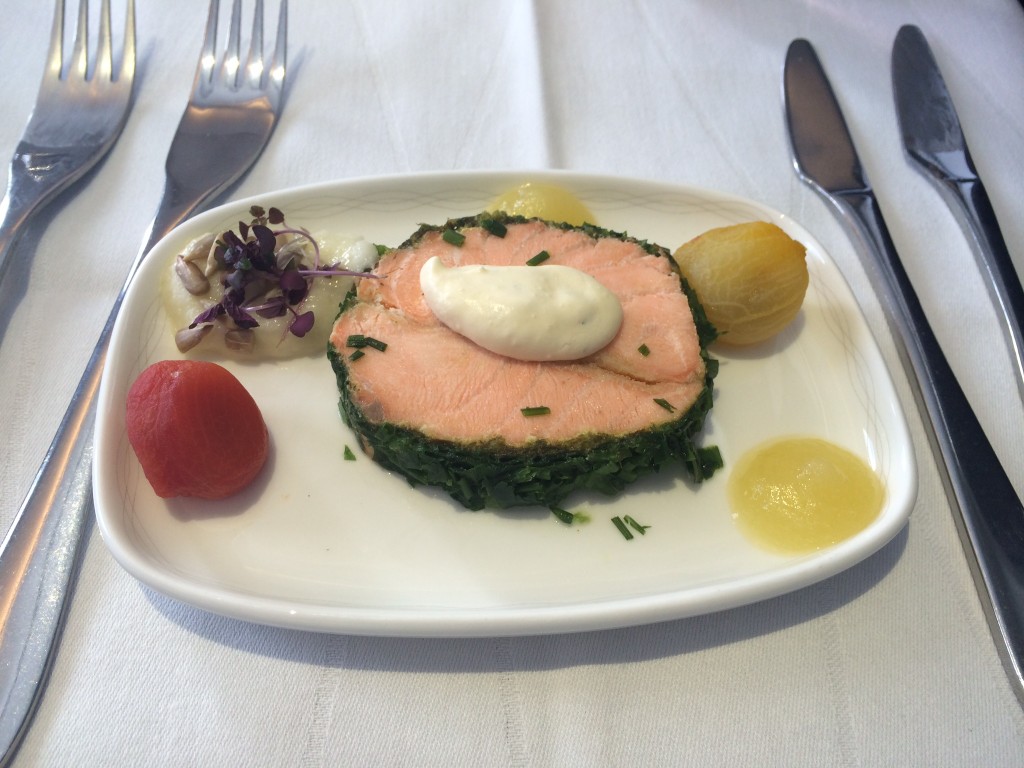 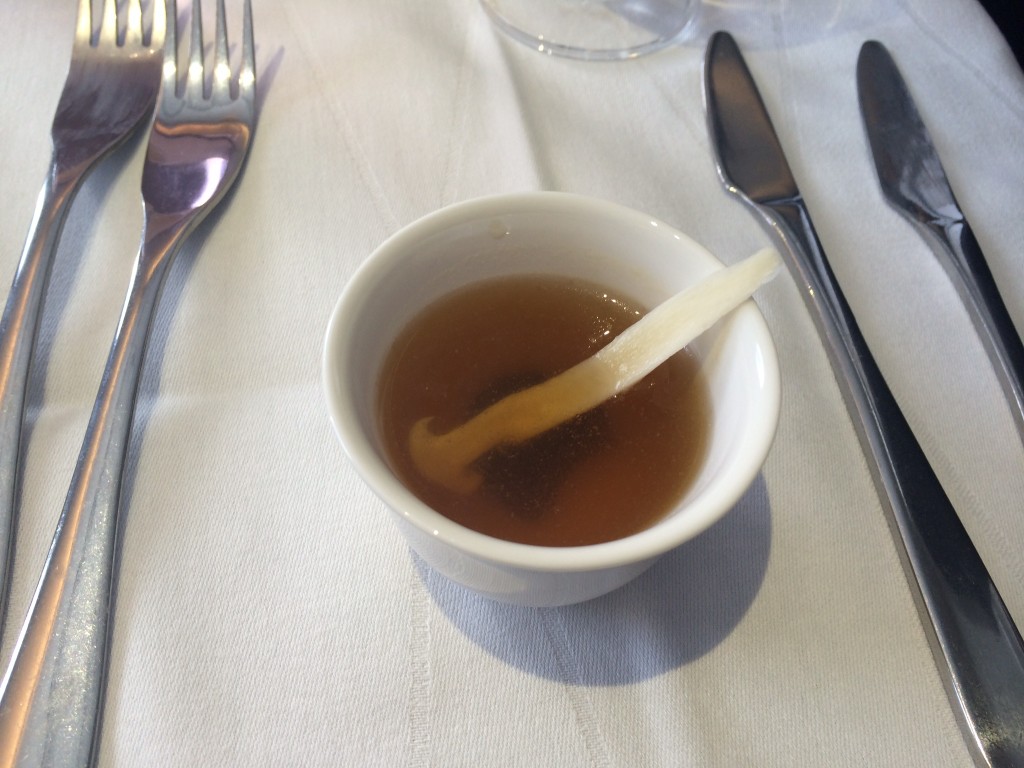 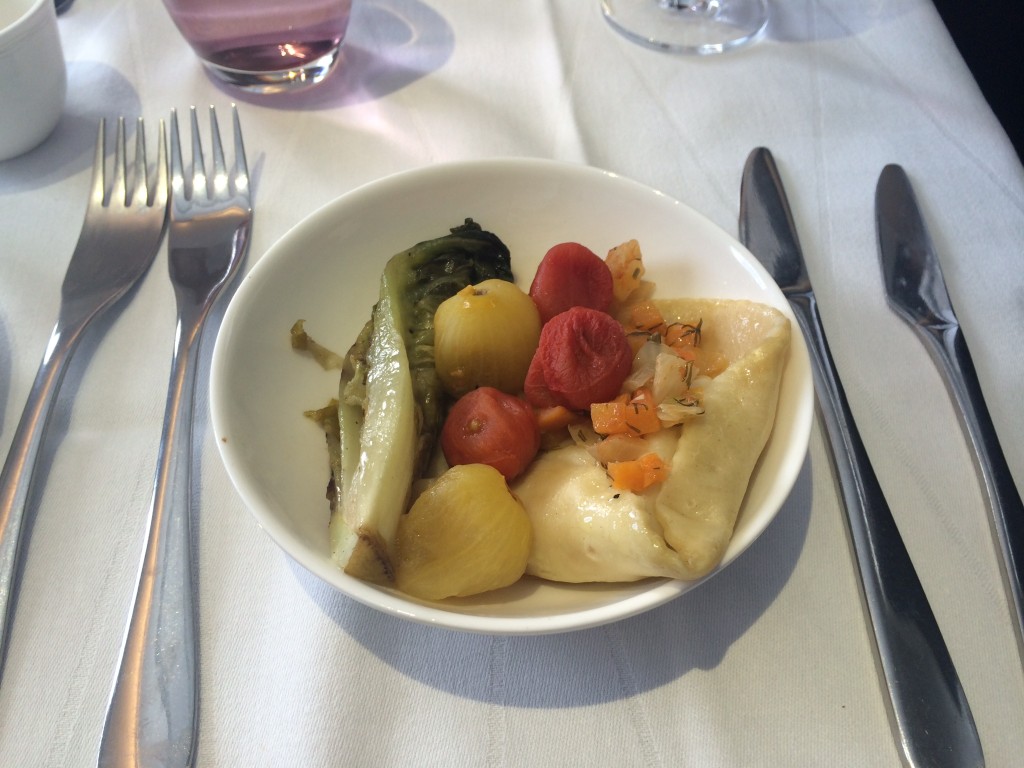 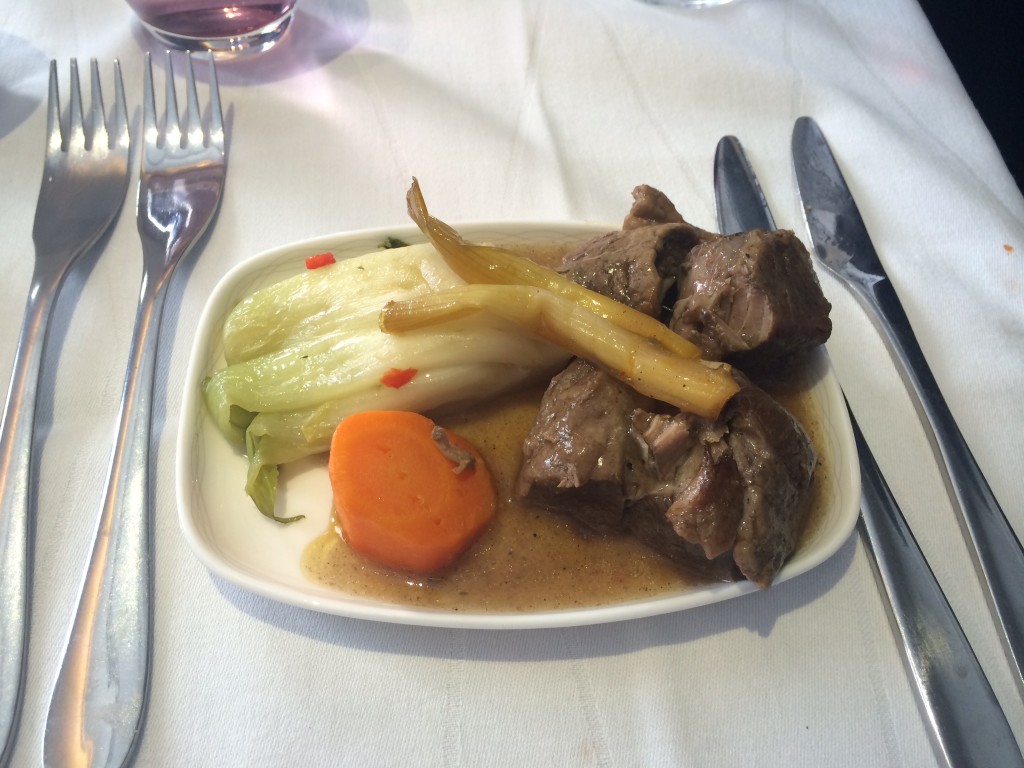 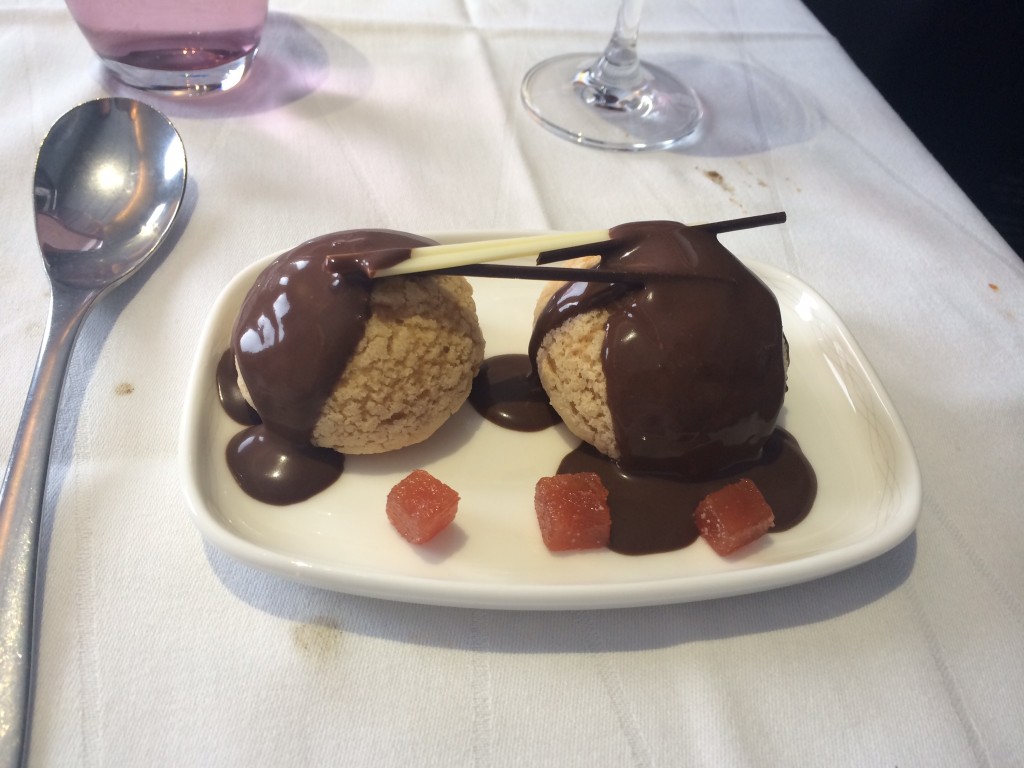 In theory, the tasting menu is a good idea. You have plenty of time, especially on a route like Los Angeles, so why not enjoy a long meal?  The numerous (not full) glasses of wine are also more manageable when you are not in a hurry.

In practice, I found it ‘good but not great’. Only the beef tea with truffles and enoki mushrooms really packed a punch – I found the other courses a little bland. I was pleased to have had the opportunity to try it, though, and the wine pairings seemed appropriate.  Whilst not being overwhelmed by the experience, I do recommend giving it a go – what’s the point of another piece of beef, plaice or guinea fowl?

The second meal on the daytime LA flight is afternoon tea. This is, luckily, a cut above the Club Europe version with a more appetising selection of sandwiches and a tasting selection of cakes. 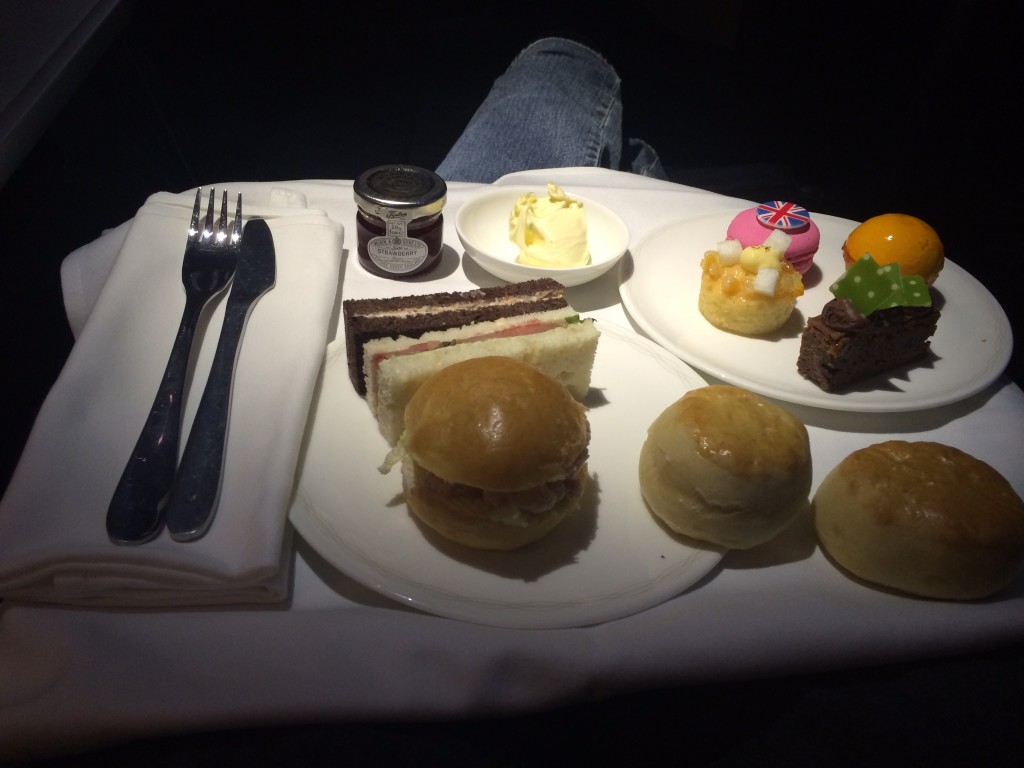 And, of course, British Airways scones.  One of which came frozen.

Tomorrow, more on the seat and the on-board service.