Back in December I outlined the benefits that Gold Guest List members get from British Airways.  This is the exclusive club for anyone who earns over 3,000 tier points per year.  You can read more about Gold Guest List on ba.com here (log-in required).

Very quietly (ie they did not notified Gold Guest List members about this) BA devalued the gifted cards.  This decision was taken at the end of 2013 but not communicated and the impact is only now being seen.

From the start of 2015, anyone who received Gold or Silver status via a Gold Guest List member will NOT receive a ‘soft landing’ when their membership year expires. 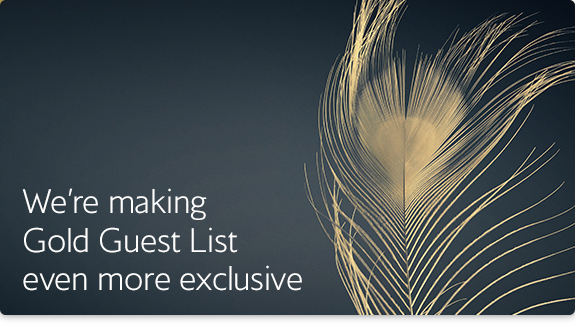 The means that a ‘referred’ Gold member will drop straight back to Blue at the end of the year if they do not earn enough tier points to requalify automatically.  They will not drop to Silver for a year, then to Bronze, then to Blue.

Similarly, a ‘referred’ Silver member will drop directly to Blue without an intermediate year as a Bronze.

This change applies to all existing referred members and not just anyone who is referred from the start of 2015.  British Airways is apparently treating 13th December 2013 as the cut-off date and if you were referred after that date you will be downgraded all the way.