Tesco has launched a 30% bonus on transfers of Tesco Clubcard points to Virgin Atlantic’s Flying Club. This means that you will receive 325 miles per £1 of Clubcard vouchers you convert, rather than the standard 250.

I assume that this deal was planned before the announcement of the Avios devaluation on Wednesday.  The timing is excellent, however!

Full details are here on the Tesco website. The deals runs to March 31st and the miles generally appear 1-2 days after initiating the transfer.

Virgin is also repeating its offer of 1,000 bonus Virgin miles for opting-in for auto-conversion of your Clubcard points each quarter to Virgin. 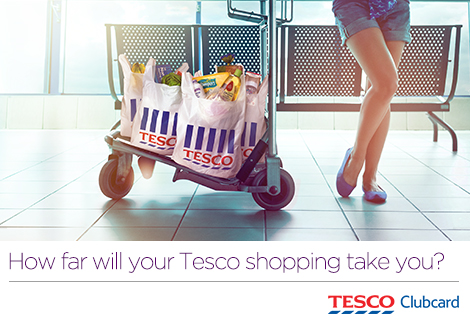 Nothing stops you agreeing to this and then cancelling after one quarter. If you have a dormant Clubcard account, you should set that up to auto-convert to Virgin Flying Club – based on last year, you will still receive the bonus miles even though nothing is being sent over. You cannot earn this bonus if you have previously had an auto-convert bonus.

What intrigues me is that this is better than the 20% bonus offered last Autumn.  Virgin offered a 30% bonus in January 2014 and September 2013 (and 50% in January 2013) but I thought the trend was permanently downwards.  Perhaps not.

British Airways will NOT be launching a conversion bonus this quarter. Instead, you can win a meal at The Savoy in London with one entry for every 500 Clubcard points you convert.

Should you jump to Virgin Flying Club now that British Airways is devaluing Avios?

Perhaps.  But DO NOT do it just because of the devaluation.

Virgin generally copies everything that British Airways does.  It is not a coincidence that their premium credit card offers 18,500 miles as a bonus when the British Airways Premium Plus offers 18,000.  The two tend to move in step.

It would make commercial logic for Virgin to do a similar devaluation over the next few months.  As long as it isn’t as bad as the BA devaluation, they will still come out smelling of roses.

Here is a reminder of some of the key features of Virgin Flying Club if you were considering doing a transfer:

British Airways can fly you to pretty much anywhere that Virgin Atlantic can. However, that doesn’t mean they can get you Avios seats when you want them. Having a balance in another programme gives you more chance of getting seats on the dates you want them.

Both BA and Virgin allow one-way redemptions, so with a Virgin balance you could mix and match a trip as availability allows. Virgin also partners with Delta in the US and a number of other airlines.

However, Virgin and BA are both UK-focussed airlines, so you are likely to face an identical squeeze around UK school holidays. You may want to expand into Star Alliance and redeem on, say, Lufthansa if you want a better chance of seats at UK half-term.

It is also worth noting that Virgin has been cutting its route network.  Any route which does not fly to North America or the Caribbean should be seen as under threat.  If they pulled high yielding Tokyo – which they did recently – then nothing is safe.

2. Cheaper taxes in Economy – but no longer fewer miles

Virgin Atlantic has lower taxes than BA on Economy redemptions. These are quite aggressive – New York is £120 cheaper than BA. Virgin also historically required fewer miles – New York is 35,000 in Economy vs 40,000 with Avios.  This has now reversed, however, due to the new off peak Avios redemptions.

Here is a sample of charges compared to BA:

A key point to note here is that – at off-peak times – the new British Airways economy rates are very aggressive.  26,000 Avios for a return flight to New York is very good.  If fuel surcharges come down then these will look very attractive, although at the moment you may prefer to use more Virgin miles and pay the lower surcharges.

I do not redeem on Virgin, so cannot comment on how easy or hard it is to get availability. In general, Upper Class cabins have fewer seats than BA Club World cabins with subsequent squeezes on availability. Is it easy to get 4 Upper Class seats on Virgin for a family? I don’t know.  We don’t know enough about the new British Airways availability patterns to make a fair comparison.

You can check availability on the Virgin website without having enough miles in your account to do the redemption. You should spend some time researching your favourite routes before deciding whether to commit miles to Flying Club.

Rare among airline schemes, Virgin lets you transfer miles out into Hilton HHonors (2:3) or IHG Rewards Club (the Holiday Inn etc scheme) at 1:1. There is a minimum transfer of 10,000 Virgin miles. If you found yourself struggling to use your Virgin miles, you could also move them across.

A 30% transfer bonus does NOT make such transfers a great deal, however.

The Virgin lounge at Heathrow, for Upper Class passengers, is widely regarded as one of the best airport lounges in the world. Get a haircut, have a massage, eat a proper meal, chill out in the audio or TV rooms or do one of many other (admittedly ‘boys toys’ type) activities. Well worth trying once in your life.

Note that, whilst full fare cash tickets in Upper Class also get a free chauffeur to and from the airport, reward tickets do NOT get this.

There is a shopping portal similar to the Avios estore. There are also decent promotions, eg 5,000 miles for opening an ISA.

Flying Club has something to offer the person who redeems in Economy – lower taxes and the ability to upgrade to Premium Economy for free via the credit card voucher.

You even get the option of selected long haul departures from Manchester, which BA abandoned long ago. There will even be a handful of flights from Glasgow and Belfast this Summer.

At peak BA dates, you will also require fewer miles to fly Virgin in economy.  On off-peak BA dates it is not so clear cut.

For business class redemptions, it is also less clear cut. Smaller cabins, a smaller route network and fewer daily flights may make it trickier to find seats.  You will need fewer miles on Virgin after April 28th but how long will that last? And there is no British Airways American Express 241 voucher, which for a couple effectively makes a ‘once a year’ redeemer require twice the miles. It has a proportionately lower impact on a family of 4 taking multiple long-haul flights each year.

Virgin also has ‘route risk’ now.  Non-North America routes are being cut aggressively.  If you are planning to fly east rather than west, be aware that your route may not exist in a year.

You have until March 31st to decide whether to convert or not.