Take a look at my original BA sale article here for some of the highlights. 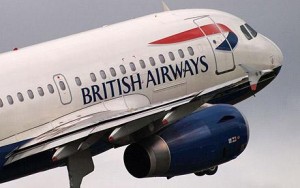 Back on April 5th, I wrote about the very generous 25,000 miles sign up bonus which Etihad Guest had launched on their UK credit card.

There was a snag.  Whilst Etihad was splashing the deal over their site, MBNA – the card provider – had not actually launched it.  Etihad was a few days early.  It was impossible to know this, as the application link on the Etihad site took you directly to the application form.

A lot of HFP readers applied on the back of my article.  If you had trouble getting the bonus to credit but DID succeed, please email me at raffles [at] headforpoints.co.uk.  In particular, I’d like details of any contacts at MBNA.  I have other HFP readers who I want to help.

PS.  As of last night, Etihad is still offering the 25,000 miles on its site – even though the offer finished on July 10th!

Finally, one of our occasional rail stories.  South West trains is offering £20 flat fare returns (£8 for children) to almost anywhere on their network until August 28th.

You must travel off-peak and you cannot travel on a Sunday.