British Airways announced yesterday that it is launching a year-round service to Porto from Gatwick, starting in February 2016.

This is a massive boost for the city.  At present, Porto has a twice-weekly Summer service from Heathrow.  Next Summer, the flights will operate SIX days a week.  In Winter, it will be four times per week.

The Heathrow Summer service is being dropped as part of the move – if you have booked a Heathrow to Porto flight for March 2016 or later, you should contact BA.

Whilst a shift to Gatwick is an inconvenience to some people, the tripling of services for Summer 2016 should make up for it. 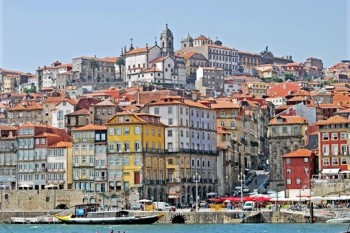 Porto has seen a big boost in tourism in recent years following substantial investment.  InterContinental opened a well regarded hotel in a renovated 18th century palace a couple of years ago – see here for details.  There is also a luxury hotel called The Yeatman, owned by one of the old port families, in the hills overlooking the city.

If you’ve ‘done’ Lisbon, Porto is worth adding to your list for 2016.  If you haven’t been to Lisbon – which is also fantastic, and very cheap – it may even be worth looking into a two-city break.