Hampton by Hilton hits Bournemouth, Hilton on the way

I found out yesterday that a new-build ‘Hampton by Hilton’ hotel opened in Bournemouth recently.  Given that the general quality of accommodation in British seaside towns is woeful, this could be a decent option.

You can find details of the hotel here.  It is 30,000 points per night for a Hilton HHonors redemption – given that room rates are well over £100 per night for weekends in Autumn this is a good value redemption.

Remember that Hilton HHonors status members get 5 nights for the points of 4 which would bring it down to 24,000 points per night.  Hilton Silver comes free with their free UK Visa card. 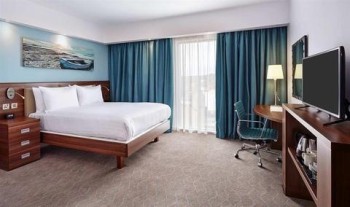 Tripadvisor feedback is that everything is shiny and new but the hotel is on a hill which may be an issue for some.  The upside of that is sea views from some rooms!  All guest receive free breakfast and free wi-fi.  It appears to be a modest walk down to the town centre and beach.

A ‘proper’ Hilton is being built next door which should be even better – apparently the surrounding area does, literally, look like a building site at the moment however.  The hotel website is here. 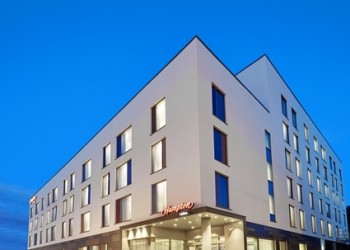 In a move which goes against the global trend, oneworld member Qantas announced yesterday that it was removing the $25 each-way seating fee on Economy Saver tickets.

Tickets bought during a Qantas fare sale (booking classes O, Q, N) will still require payment to be made for seat selection – a fee which increases to $30 – but apart from that no-one should pay on international routes.

It is worth noting that Qantas never had a seating fee for Premium Economy or Busiiness Class, unlike BA.  These changes come into effect on September 23rd.