It was reported in The Sunday Times yesterday that InterContinental Hotels Group, owner of Holiday Inn, Crowne Plaza, InterContinental etc, was believed to be the winner of the auction for FRHI Hotels & Resorts.

The FRHI group is relatively small but upscale, consisting of 116 hotels in 34 countries. The key brands are:

Fairmont – predominantly a Canadian chain but with a growing presence elsewhere, including The Savoy in London

Raffles – predominantly an Asian chain, including the eponymous hotel in Singapore, but also present in Paris, Istanbul, Dubai and elsewhere

Swissotel – a eclectic mix of cities with the largest presence in China, Germany, Turkey and Switzerland (the London hotel was demolished a couple of years ago)

The rumoured price of $3bn is the same valuation suggested at the start of the sale process.  Without knowing the details of which hotels are freehold or long leasehold it is impossible to say if that is fair or not.

The key question is ‘what happens to the brands?’.

Having recently bought US chain Kimpton – with a promise to keep the brand in place – I doubt IHG is on the look out for any additional global brands.

Fairmont is trickier because of its legacy position in Canada.  The properties are also eclectic, representing the origins of the company as a subsidiary of the railroad and its ownership of various gothic-style properties: 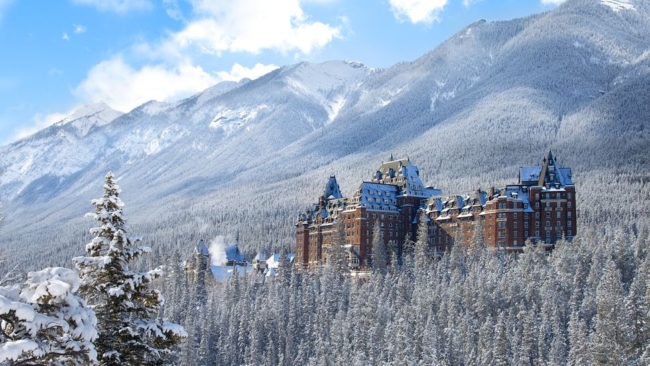 It is possible that Fairmont could be kept as a regional brand.  Another option may be to strip out the modern properties which can be rebranded more easily and sell the historic Canadian hotels.  I’m sure IHG would love to have The Savoy as their second flagship London hotel.  I’d also be happy to have their Barbados resort as a redemption option.

From a loyalty point of view, I doubt many people would be concerned.  The schemes run by the three brands have little global traction and there would be little concern if they were merged into IHG Rewards Club.

I should stress that this is not a ‘done deal’ with IHG and other bids may yet emerge – we need to wait and see.