This is the final part of my review of the new Finnair A350 aircraft which I flew recently on a test flight from Heathrow to Helsinki and back.

Yesterday was the ‘proper’ review of what you will find if you take the Finnair A350 on a long-haul flight to Asia.  The food they served on my short hop was their standard European business class food – but I know you will still want to see it.

Here was the menu for the outbound: 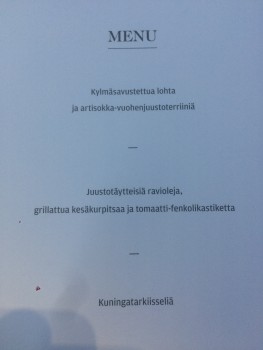 Luckily it was translated overleaf!  It was a one tray meal consisting of:

Smoked salmon with terrine of artichoke and goat cheese 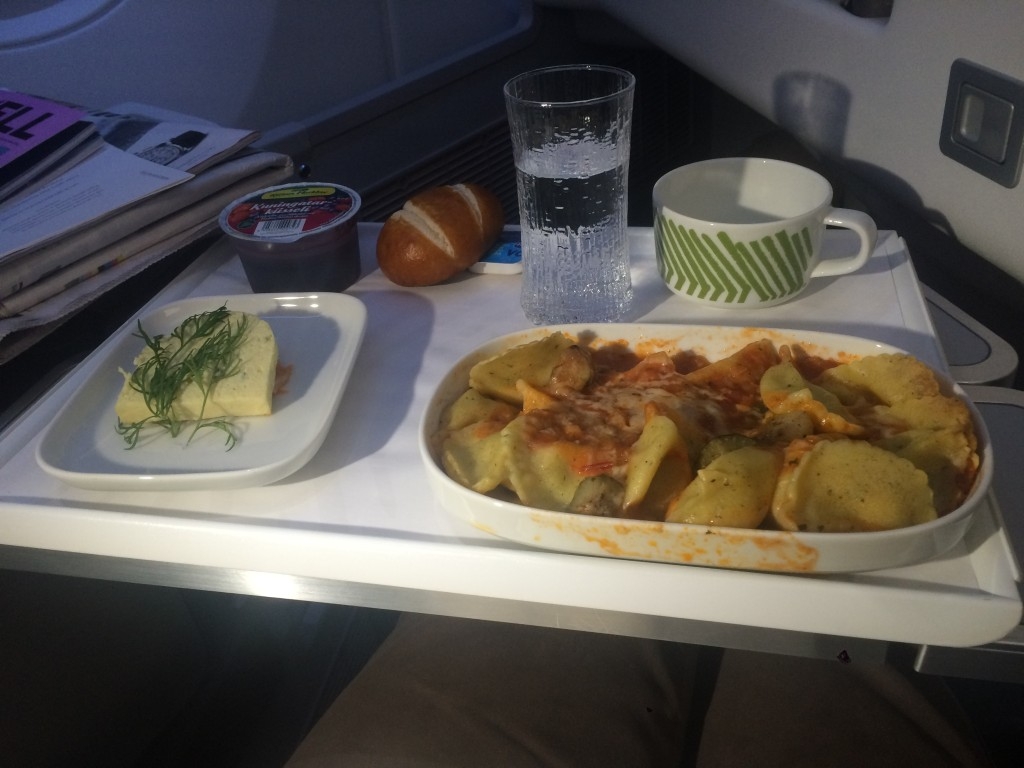 It wasn’t the best in-flight meal I have ever had, but more than satisfactory by the standards of European business class. 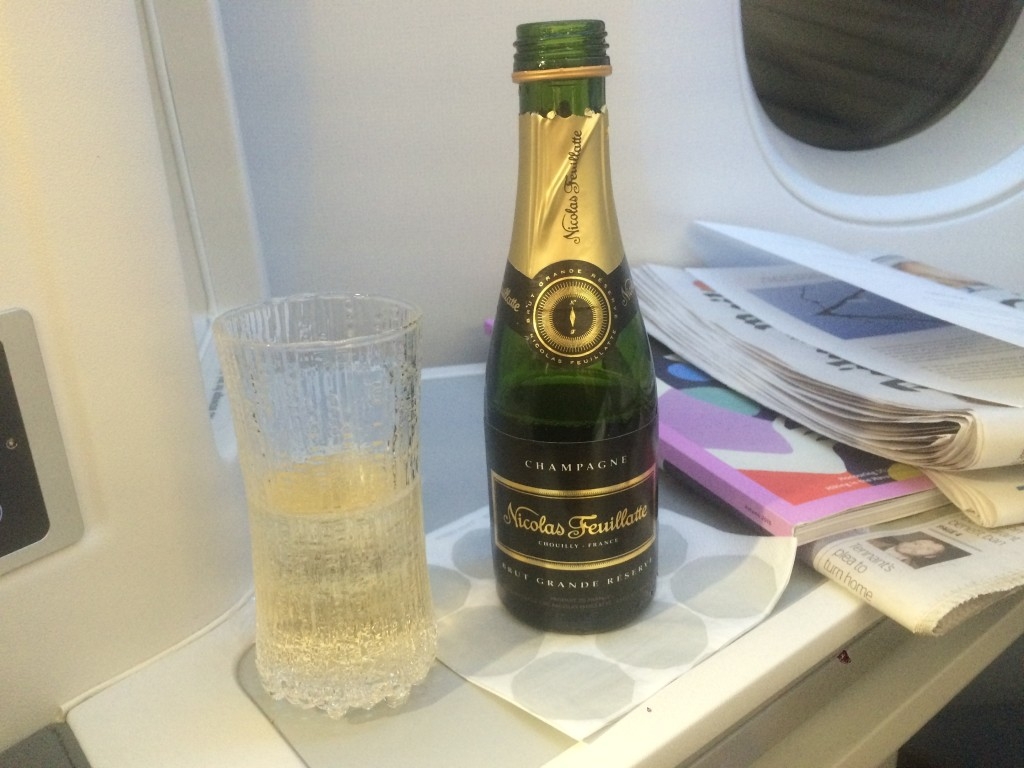 For the return I was offered my first ever bit of reindeer: 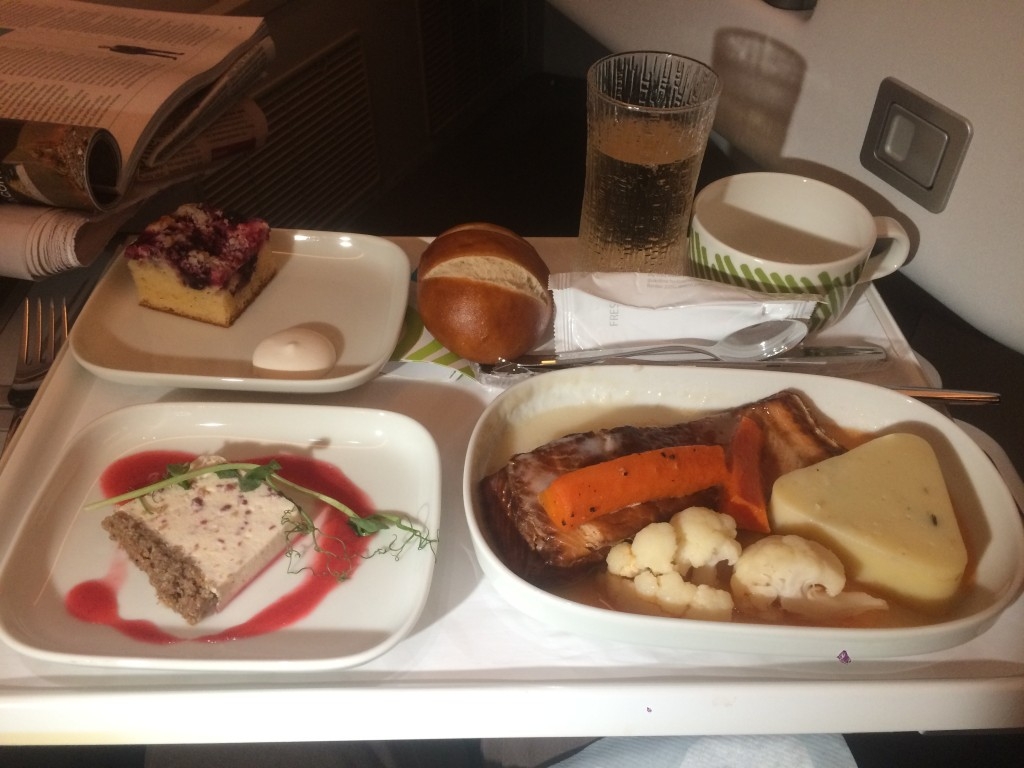 I found this preferable – the fish tasted better than the ravioli and the tray simply looked better.

Finally, it is worth noting that, simply because they could, Finnair has designed a series of light shows for the A350 cabin to show off the LED system.  On the outbound we were treated to a recreation of the Northern Lights, which doesn’t really photograph well: 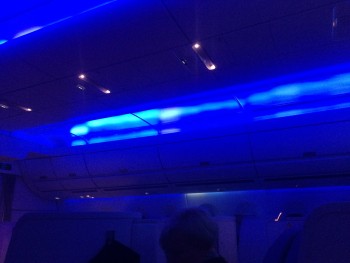 The first two parts of my Finnair A350 series can be found here and here if you missed them.