We have already seen Marriott take over Starwood, although that deal may yet collapse.

Accor is taking over Fairmont, Raffles and Swissotel.

The latest news is that Carlson, the Radisson / Park Inn / Park Plaza group, is up for sale.

Carlson has a big European presence.  The US arm, whilst accounting for half of the company, is dominated by the low-key and unremarkable Country Inn & Suites chain, whilst the Radisson brand in the US has a far poorer reputation due to the quality of the hotels. 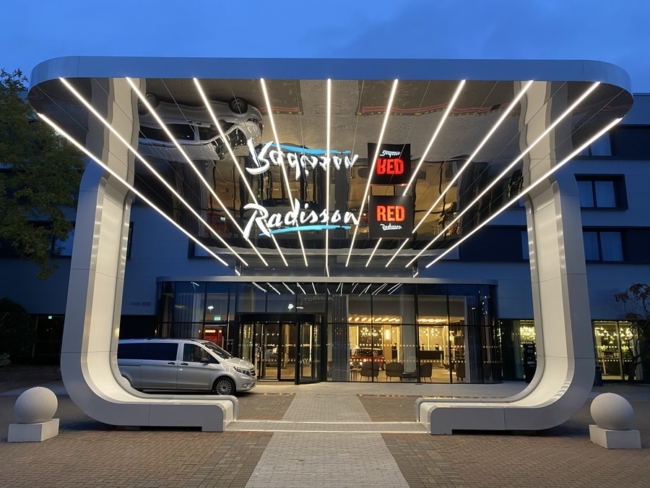 This makes the company an interesting play for Wyndham.  Whilst Wyndham is the biggest hotel group in the world, mainly through its ‘cheap and fairly cheerful’ US chains such as Days Inn, it still has virtually no UK hotels for example.

Hilton and IHG will also take a serious look, having missed out on the recent deals, but I think that any move would simply be corporate vanity rather than a sensible business decision.

IHG has done a good job of keeping a distinction between its brands – does anyone know the difference between SPG’s Le Meridien, Westin and Sheraton brands, for comparison? – and this deal would just muddy the water.  Unless they planned a full rebranding it would not fit well.  Of course, as IHG owns some incredibly strong brands, a rebranding of every Carlson property cannot be discounted.

Hilton is using DoubleTree as a ‘dumping ground’ for random hotels.  There are, basically, no brand standards at all.  That is the reason why they make a big play of giving every guest a free chocolate chip cookie – there is literally nothing else that the hotels have in common.  In the US, for example, Hilton will accept hotels with external ‘in your window’ aircon units into DoubleTree which other brands would not.  This gives Hilton some flexibility with acquisitions since anything which does not fit cleanly into another brand gets dumped into DoubleTree.

Hyatt is often named as the chain most in need of a partner, being the smallest of the major chains, but it is difficult to see the company wanting such a diverse bag.  It would do better to court owners of Starwood, Fairmont, Raffles or Swissotel properties who may be looking to re-flag following their takeover.

You can read more in this Reuters report.

The Carlson deal would be relatively ‘clean’ which is a major benefit from any acquirer.  There are only four major brands – Country Inn & Suites in the fourth, rarely seen in Europe – and the loyalty programme does not inspire huge amounts of enthusiasm.

I can imagine Wyndham keeping the Radisson brand, although they may decide that Ramada and Radisson sound too similar and decide to retire one of them.  Park Inn could be swapped for Days Inn or something similar with little trouble as I sense little loyalty to that brand.  Park Plaza is positioned higher than any existing Wyndham brand and I imagine would be kept.

Compare this to the Starwood / Marriott deal.  This involves Marriott taking on another 11 brands – taking them to a ludicrous 30.  It is also faced with the necessity of dismantling the best loved hotel loyalty scheme, Starwood Preferred Guest, and forcing its members and their points into the least loved, Marriott Rewards.

The Starwood / Marriott deal is beginning to look a little wobbly.  It is primarily a ‘share for share’ deal.  Since the merger was announced, however, both companies have seen their share prices fall sharply.  The sell-off in the wider market has hit travel companies harder because they are hit the worst in any slowdown.

There were a few people who were rumoured to be looking at a cash deal for Starwood.  If any of those bidders came back and offered the same level of cash per share that they were willing to pay two months ago, Starwood shareholders would bite their hands off.

These rumours will also be causing concern over at American Express.   At present, Membership Rewards in the UK has three hotel transfer partners – Hilton, Starwood and Club Carlson.  Two of those could be gone in 18 months.

It is also likely that the Starwood Amex will close which, in the US, is a big earner – when I started in this hobby, the SPG Amex was the ‘go to’ US credit card.  Marriott has a major partnership with Visa and it is unlikely that would change.

Add this to the loss of the Costco Amex card – which, amazingly, represented 10% of Amex’s entire global card volume and 20% of its global revolving credit volume – and you can see why things are getting tricky for them.