I spent Tuesday at a conference in London focussed on travel loyalty credit cards.  Whilst I don’t like taking a day out of my schedule, I felt it would be good to get a feel for how the industry is responding to the EU-imposed fee cuts.

It was a fun event and I was impressed by how many of the delegates read this site.  Hi to Lauren, Jason, Nauman, Sanam, Katie, Tibor, David and many others!

I have done my best to sum up what I discovered in the bullet points below:

There appears to be a challenge to Amex’s view that the British Airways card is exempt from the 0.3% fee cap.  If you have read our previous articles on the new EU rules, you will know that directly issued Amex cards are exempt.  It seems that poorly worded legislation may mean that, whilst the BA card was never meant to be included (as it is directly issued by Amex) it may get dragged in.  This is linked to BA’s role in the process which means that the card is not strictly vertically integrated.

Travel loyalty cards remain hugely attractive for issuers.  Bad debt is very low.  Monthly spend is high.  Whilst very few people pay interest, those that do are paying it on large balances.

70% of co-branded credit cards are issued by retailers (M&S, Tesco, John Lewis, House of Fraser etc).  The travel segment is smaller than you imagine. 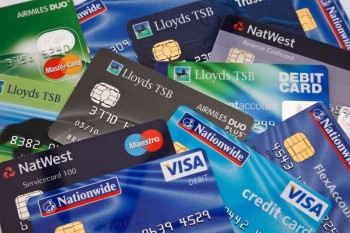 The EU fee cap is a seismic change for the industry.  However, the holders of travel loyalty cards are smart and look for value – simply slashing the rewards is not a viable strategy.

The loss of revenue will be partially clawed back from annual fees and a greater push to generate fees from, for example, balance transfers.

The way forward will involve the airlines and hotels investing more in their co-brand cards.  Getting their brand in your wallet drives loyalty and brand visibility – some of the value from this should be passed back.

With more loyalty cards requiring annual fees, the airlines and hotels will need to start giving back more in benefits.  IHG is leading the way here with Gold and Platinum status in IHG Rewards Club.  Perhaps we may see BA Bronze or Virgin Silver status given out with their premium (high fee) credit cards?

In terms of what the future holds, there were three interesting ideas I heard about:

Creating a new UK domestic payment scheme.  Many countries have their own domestic payment schemes which compete with Visa and MasterCard.  Carte Bancaire is very successful in France.  Turkey and Canada have major schemes.  Even Bulgaria and Serbia have them.  Such a scheme could be exempt from the new EU legislation.  They usually involve a JV with Visa or MasterCard to allow the card to be accepted abroad.

Creating a private credit card.  In the US, American Airlines issues a credit card which can ONLY be used for purchases with AA.  It is not branded Visa / MasterCard etc.  I doubt BA could make this work in the UK but potentially a coalition of major supermarkets, garages and travel companies could launch their own card network.

Apple Pay and Google Pay will play a major role going forward.  They are a threat – if you load your BA Amex details to Apple Pay then you don’t ‘see’ the card when you use it and the brand visibility is lost.  They are also an opportunity – Apple Pay could use Avios as a direct incentive to use its platform, or could re-sell them to merchants who would award them to customers who use Apple Pay.

(My personal view is that it is logical for Apple and Google to launch their own credit cards and possibly even payment networks.  It would, for a start, be a good way of putting their excessive amounts of surplus cash to use.)

As you can see, there is a lot going on.  You should expect more big changes to your favourite travel credit card over the next year.

PS.  I also believe I know why the Marriott credit card has been temporarily suspended for new applications.  This link lists everyone called Marriott who has applied for, and received, permission from the Financial Conduct Authority to promote credit cards in the UK.  Guess who is not there?  Did they forget to get a licence?  Compare that to Hilton, IHG, British Airways etc.