Last August, I wrote a piece about how American Express Platinum travel insurance had paid out for a medical bill we incurred in Singapore.  This was the third time that Amex had paid me over the years – and on every occasion I had failed to follow the rules about what to do if you need medical attention.

I wrote in that article that: 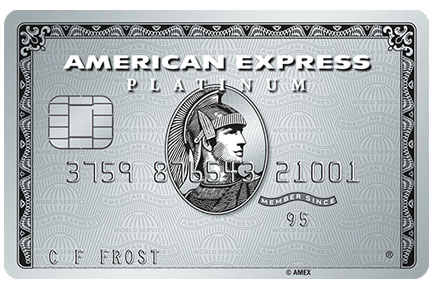 Predictably, a number of Head for Points readers then came forward to say that, in fact, AXA had given them a very hard time processing a claim on their Platinum Card insurance.

Just after New Year, I needed to make a claim on the car hire part of the insurance.  To spoil the suspense, I will tell you that AXA / Amex agreed my claim very quickly and the full sum is now in my bank account.

Amex made some nasty changes to the insurance on the Platinum card in January 2012.  What was comprehensive, no-worries cover became a bit of a game, with flights and hotel required to have been paid on an Amex card in order to qualify for some of the smaller benefits.  The upper age limit dropped from 80 to 70 which meant that my Mum’s supplementary card on my account was now useless.

(It is worth noting that Amex never changed the insurance on the Business Platinum charge card.  This has an identical annual fee and very similar benefits.  If you value the travel insurance benefits of Platinum and have your own business, you may want to consider switching to Business Platinum.)

The car hire part of the insurance has no restrictions, however.  The insurance brochure is very clear – you can ignore anything that the car hire company tries to sell you.  Irrespective of how you pay for your rental, you are covered.

Just after New Year, we hired a car for three days to head out to a countryside hotel as the kids were not due back in school until 6th January.

When the car was returned, Hertz claimed that there was a scratch to the alloys on one of the wheels.  This was true.  Whether it was there originally or not is a different question – I do not check rental cars to that level of detail and the car was picked up from the windowless basement of a multi-storey carpark – but to be fair to Hertz this would not be atypical of the way I drive ….

On the other hand, this was the same branch of Hertz where an employee asked me for a £50 bribe or he would claim that some old damage on the car, not on the original report, was fresh.  He doesn’t work for Hertz any more.

I was fairly convinced Amex would pay so I dropped into ‘couldn’t give a ****’ mode.  This was quite amusing, at least for me, as the staff clearly expected me to put up a big fight and could not understand why I signed off everything they gave me without comment, negotiation, complaint or question.

Finding the online claim form for car insurance damage was tricky.  However, once I had tracked it down, it was easy to fill in the details.  The only annoying aspect was that Amex wanted a copy of my driving licence.  One trip to Ryman later and I had a little package for the post box consisting of the claim form (printed from the website), the Hertz bill, the rental agreement and my licence.

I didn’t hear anything for a couple of weeks, until I received an email saying that my claim (£103) would be met in full.  The money turned up about 10 days later.

Overall, the claims process was very smooth and went off without a glitch.  AXA accepted my claim without question (although it would be hard to deny a claim, given the wording of the policy) and paid promptly.

The moral of the story?  The Amex Platinum car hire insurance does what it promises it will do.  Which, in the world of insurance, is not always the case ….