This is my review of the St Regis Istanbul hotel.

Yesterday I reviewed my Turkish Airlines business class flight to Istanbul.  I was in the city for two nights and stayed at the new St Regis Istanbul hotel which I will review today. 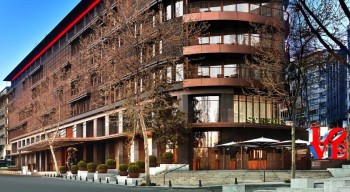 This hotel was designed with the St Regis brand and heritage in mind – Doha, on the other hand, is a very badly designed luxury hotel which could belong to any brand.  The architect and designer of the Istanbul hotel went back to the art deco heritage of the original New York property and have created a beautiful modern take on art deco style.  If you are a fan of the design of the period then you will feel very much at home here.

The hotel is in the Nişantaşı district.  It is surrounded by luxury boutiques – a number of them occupy the ground floor of the hotel (the Tom Ford store has an entrance inside the lobby as well).  Your neighbours are Ferragamo, Tods, Lanvin and Alexander McQueen.

Wherever you stay in Istanbul, you will be reliant on taxis to get between the various main tourist sites so location is not so key.  Four Seasons Sultanahmet is the best luxury option for anyone who wants to walk to the Blue Mosque and other Old City destinations but you are in the middle of the main tourist hub.

I took the metro to the St Regis and regretted it – although, given that I landed at rush hour, a taxi may have been even more painful.  The odd layout of the metro lines means that the trip to the hotel is substantially longer than necessary and involves a change of train, and you still have to walk for 15 minutes.  Do yourself a favour and drive, especially if you have luggage.

The rooms at St Regis Istanbul

The St Regis Istanbul rooms are classy.  Very classy.  A lot of money has gone into original artworks: 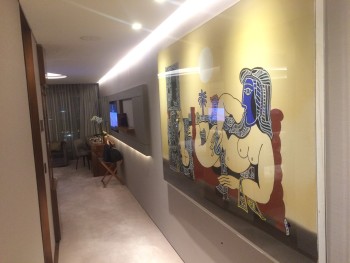 and (note there is a Nespresso machine on the shelf): 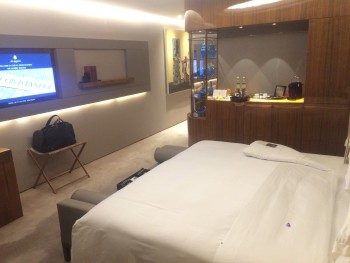 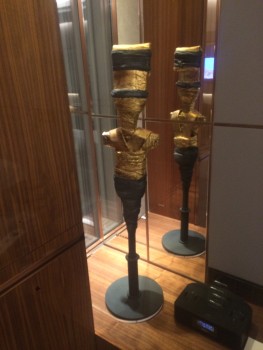 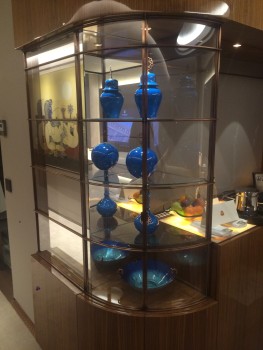 one of the art deco touches: 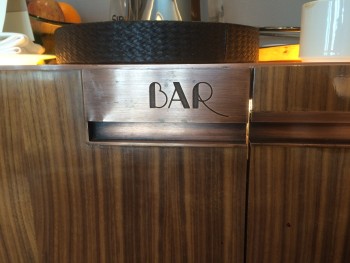 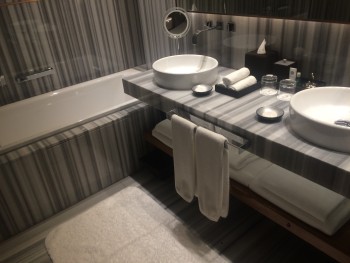 and a separate dressing room: 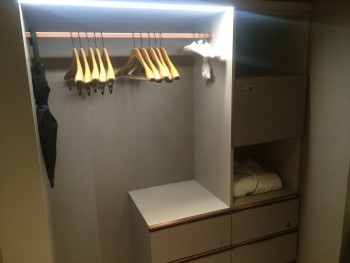 Even the lift lobby outside my room had impressive artwork: 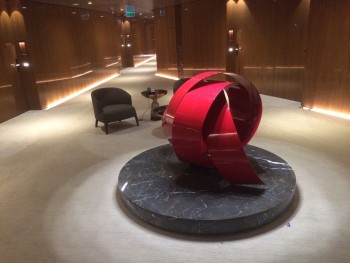 You can see where the money went when the St Regis Istanbul was built.  Here is the double height lobby filled with display cabinets: 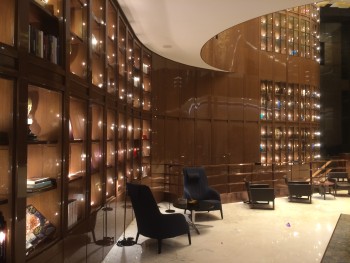 As with most modern hotels, public space is relatively limited. Does anyone still build hotels like Claridges or the Savoy these days where you could literally sit around all day in a huge lobby?  There is an additional public area on a mezzanine floor overlooking the entrance but it is not a ‘people watching space’.

Every Wednesday night, the lobby is the home of ‘The St. Regis Champagne Ritual’.  As I was there on a Wednesday, it seemed rude not to pop down at 7pm.  Rui Reis, the General Manager and one of his colleagues each showed off their sabrage skills, slicing the neck off a bottle of champagne using a ceremonial knife! The champagne was then shared between the gathered guests. 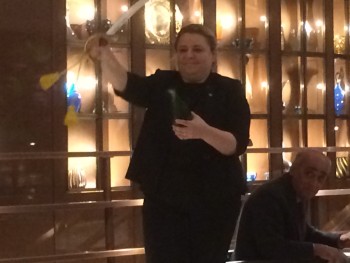 Breakfast is served in the ground floor restaurant which, again, is a great piece of design: 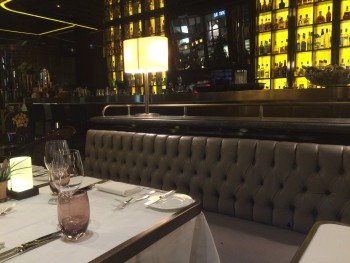 There is not a huge amount of choice but that reflects the relatively small number of rooms (118) and potentially low season occupancy levels.  There is a decent list of additional hot items which can be cooked to order. 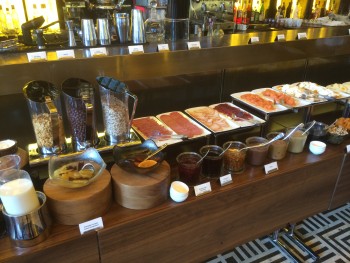 It is worth adding at this point that the staff, to a fault, were excellent.  I was addressed by name throughout and, when I turned up for breakfast on the 2nd day with a cough and a sore throat, a glass of warm water with honey was brought to my table without asking.

On the top floor of the St Regis Istanbul is Spago, a rooftop restaurant overseen by Wolfgang Puck.  I don’t do restaurant reviews on HfP but, in general, I was not completely won over by it.  The fact that it was relatively empty on a Wednesday night made me feel that the opinion is shared.  The view is good: 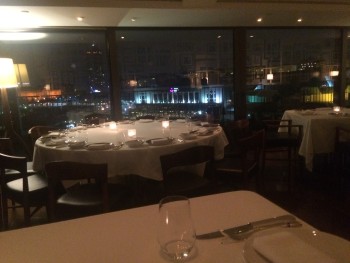 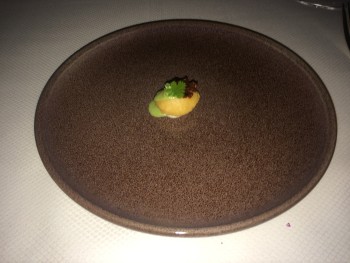 Finally, the spa.  I am not ‘a spa person’ so I will skip over that, suffice it to say that it looks lovely.  Like many hotel spas, it is below ground so has no natural light.  The one thing I did not like was the swimming pool which is very small and is reliant on a wave machine to produce a current you can swim against.

I hope I’ve shown you from my review of the St Regis Istanbul that it is a very accomplished new hotel, one which clearly cost a lot of money to build but shows it at every turn.  It is big enough to have good facilities but small enough so that you are not overrun, with some very classy rooms.

If you are planning a longer stay in Istanbul, perhaps four nights, it might be worth mixing this in with one of the Bosphorus hotels, possibly Four Seasons Hotel on the Bosphorus, to allow you to see different parts of the city.

Hotel rates in Istanbul are very low at the moment.  You can get the St Regis for under €300 on some nights.  ‘Second tier’ five star hotels such as the InterContinental are as low as €80.  Because of the recent security issues, I’m sure everyone involved in the tourism business in Istanbul would be pleased to see you.

You can find out more about the hotel, and book, on this page of the Starwood (now Marriott) website.