Aer Lingus and Iberia to be A380 customers?

In this interesting article, Willie Walsh – Chief Executive of BA’s parent IAG – says that he is considering A380 aircraft for both Iberia and, as a one-off, Aer Lingus.

The last of the 12 aircraft ordered for British Airways will arrive next month and, back in January, Walsh also spoke of adding another 5-6 to the BA fleet.

Malaysia Airlines was looking to offload its A380 fleet of six aircraft.  These come with the Rolls-Royce engines which IAG is insisting upon in order to match the existing fleet.  This deal is now apparently off the table with Malaysia deciding to hold on to the planes.

Amazingly, Emirates is already planning to sell it first batch of A380s as being ‘too old’ but these are primarily GE / Pratt & Whitney powered.  Five early Singapore Airlines A380 aircraft with Rolls-Royce engines may also become available soon if, as is believed, Singapore does not renew their lease. 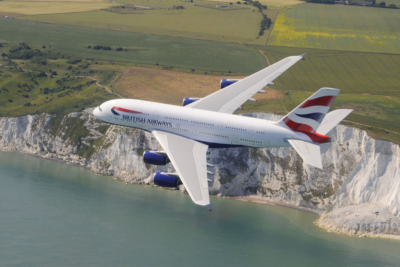 Qatar Airways announced yesterday that it has raised its stake in IAG, parent of British Airways, to 12%.

The airline had held 9.99% of IAG since last January.  Under European Union law, Qatar Airways is not allowed to buy more than 49.99% of IAG although there is no sign at the moment that it is interested in going that far.

Some commentators believe that Qatar is looking for ‘open skies’ slots in order to launch additional routes to the US and that Heathrow would be an obvious stopping point if BA can be persuaded to help out.