Mastercard may owe you £400

The Daily Telegraph reported yesterday that a class action lawsuit is being prepared against Mastercard in the UK.  This will be one of the first cases to be brought following changes to the law via the Consumer Rights Act 2015 which made them possible.

The case comes after the EU found that Mastercard had broken the law by charging ‘excessive’ interchange fees to retailers between 1992 and 2008.

The crux of the case is this:

“Mr Merricks argues that because MasterCard’s fees have already been found to be illegal by the European Commission, this ‘follow-on’ claim need only prove the damage consumers suffered as a result of Mastercard’s anti-competitive behaviour.”

As retailers were forced to pay Mastercard more than necessary for accepting their cards, you may think that it should not be difficult to prove that consumers suffered ‘damage’.  The total overcharging is believed to total £19 billion which would result in a £400 payment to anyone who had a Mastercard during that period.

There is no need to ‘opt in’ to the case.  The case will proceed and, if Mastercard loses, you will be able to apply for a share of whatever money Mastercard is forced to make available.  Based on what I have seen from similar US cases, I would imagine this to be a flat sum and not based on your actual Mastercard spending between 1992 and 2008.

You can read more on The Daily Telegraph site here. 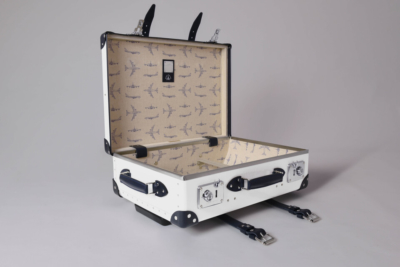 Last month I wrote about a new policy adopted by the oneworld alliance airlines, including British Airways.

Historically, it was alliance policy to check through bags to separate flights on separate tickets when both airlines were members of the alliance.   From 1st June, this is no longer the case.

BA has taken it a step further.  It will no longer check through bags TO ANOTHER BA FLIGHT if it is on a separate ticket.  This policy hits Avios redemptions hard because many regional customers will buy a cash domestic flight to connect to a long haul redemption.

This story was on Flyertalk yesterday and shows how it works in practice:

I had my first terrible experience under this new system with exactly this trip today. [I booked a BA Club Europe flight to Madrid on Avios to connect to a cash business class Madrid to Miami flight on American.]  When I checked in at First desk in LHR I was firmly told they wouldn’t route the bags through. Connection time was 3.05hrs (2.05hrs before Madrid checkin closed) which I thought wouldn’t be too much of a problem.

However, we landed 45min late due to French ATC strikes, and I had naively thought Terminal 4S was a separate terminal rather than just an outstation of Terminal 4. To collect and recheck my bag I therefore had to run all the way through 4S, clear immigration, wait for the little train and then run to the baggage carousel in Terminal 4. I got there with 15 minutes to go before check in closed (yes it took a full hour from plane landing to do this!)

Unfortunately though, Madrid baggage handlers are even slower than I am, and the bag didn’t appear until T – 3 minutes!  Queue a mad sprint up to departures and I arrived at the desk at T + 1 minute.

AA agents initially refused to check in my bag, until I literally got down on my knees and begged. I think had it not been for flying J, as OW Emerald, and having clearly been running for far longer than my doctor would recommend, they wouldn’t have let me on.

Obviously I then had to rush all the way back again to 4S and got on the flight with 10 minutes to spare. However rather than departing relaxed, having spent the past hour in the lounge, I arrived hot, tired and stressed – having almost not made the flight at all. All because of this ridiculous new policy.