If you have ever tried to refer a friend for the Lloyds Avios Rewards credit cards, you will know that it is only slightly more fun than having a tooth extracted without anaesthetic.

I recently heard from three readers who I had referred who had just received their referral links – six to seven months after I had requested them.  After the first one of these was reported I actually raised it with Avios who gave me a reader-specific explanation …. but then I heard about the 2nd one …. and the 3rd one …..

Even on the rare event that a referral link turns up, don’t count your chickens.

Another reader just got in touch to say that Lloyds has refused his 4,500 Avios referal bonus.  The reason?  Apparently, back in 2007, he had held a different Lloyds credit card for a short period although it is nearly a decade since he cancelled it.  On this basis he is apparently not a ‘new’ customer of Lloyds and therefore he does not qualify for the ‘refer a friend’ bonus!

Let me state up front that I am very negative about the chances of this actually working out.  Readers keep emailing it to me, however, so I decided to publish it and you can make your own call as to whether you want to bother.

This sounds utterly irrelevant, I admit.  However …. Royal Air Maroc is about to switch its reward currency to Avios as I wrote here.

This leads to a potential chain of events which could go like this:

The conversion rate of Safar Flyer miles to Avios is 1:1  (no idea if likely or not)

I would not be betting my own money on all of the above things coming to pass, but if you want to give it a go you will find details of how to open your Safar Flyer family account on their website. 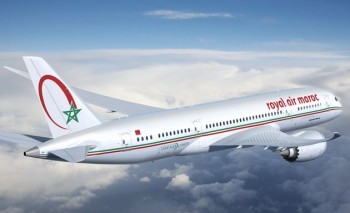 Finally, American Express sent certain British Airways Premium Plus cardholders a special offer yesterday.  It is not clear if the offer is targetted or not.

For all foreign spending done before 31st August, you will receive 3 bonus Avios for every £8 spent in foreign currency.

It is not clear from the wording if this is every £8 per transaction (which would be a con, as a £7.99 purchase would get no bonus) or on your cumulative foreign spending.

Unless you are struggling to hit your £10,000 target to trigger your 2-4-1 voucher, you would be better off getting a ‘no FX fees’ credit card such as Lloyds Avios Rewards (review, £24 fee) or using a free Supercard (read more here) linked to any other reward MasterCard or Visa.