The American Airlines arrivals lounge in Heathrow Terminal 3 has reopened after a five month refurbishment.  Whilst AA branded, this is also the arrivals lounge used by British Airways long haul flights into Terminal 3 as well as all Qantas and Cathay Pacific flights.

The lounge features an impressive 29 shower suites, stocked with C.O. Bigelow toiletries.  A valet service is also available to help with clothes pressing.

It is, interestingly, the only American Airlines arrivals lounge anywhere in the world. 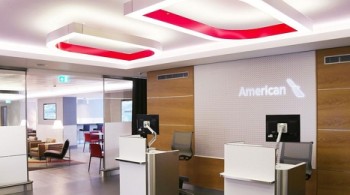 The catering has been outsourced to Rhubarb, best know for event catering at outlets such as the Royal Albert Hall.  According to the AA publicity:

Upgrading the breakfast buffet to include made to order smoothies and omelets, pastries, pancakes and porridge

Introducing a lunch service including a buffet, artisan breads, a British cheese board and seasonal dishes

New buffet options will be offered every four weeks, and the a la carte menu will change every three weeks 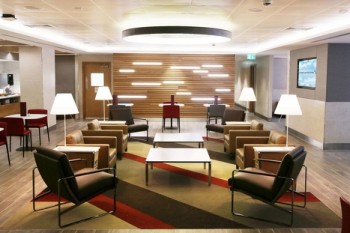 Access rules are NOT the same as for airside lounges.

In order to get access, you will need to have arrived on a First or Business Class ticket on a oneworld airline or have British Airways Gold status or a oneworld equivalent.  A British Airways Silver card will not do the job unfortunately. 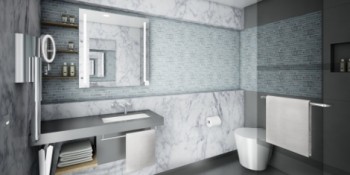 Next up is the reopening of the Cathay Pacific airside lounge in Terminal 3 which is now expected in very early September.  Accessible to British Airways status card holders, this will be managed by Plaza Premium following the refurbishment.  The new year will see the impressive new Qantas lounge which I wrote about here.  Both of these will make a pleasant change to the British Airways Terminal 3 lounges.