And the award for worst lounge goes to ……

I was heading back to Europe on airberlin, flying business class from New York JFK to Berlin Tegel for the attractive price of 60,000 Avios and just £3 of tax.  I will write about that flight tomorrow.

First I had to brave the temporary American Airlines Admirals Club lounge in Terminal 8.  Rob did warn me that lounge standards in the US are pretty low, but what I found at JFK was even worse than I expected.

To be fair to American it is currently undertaking a major global refurbishment programme of its key lounges.  The Heathrow arrivals lounge, the only one AA has, re-opened two weeks ago.  The main Admirals Club lounge in Terminal 8, used by airberlin, is currently being rebuilt and will reopen in 2017.  A temporary lounge is currently open in Concourse B, which is where I was sent. 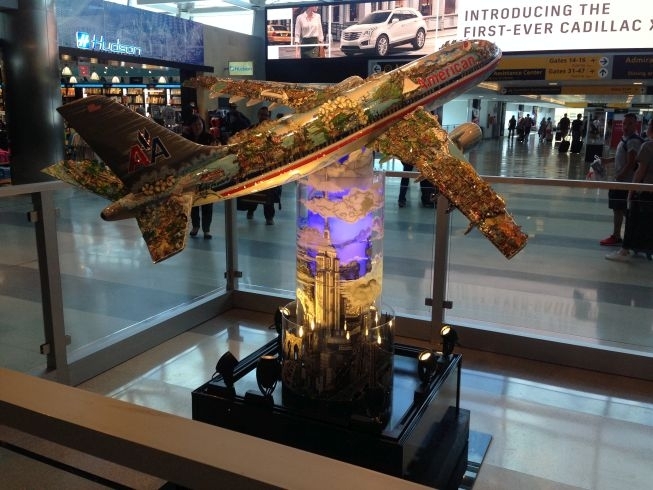 The temporary lounge is located on a mezzanine level. You can see security when looking down one side and shops down the other. 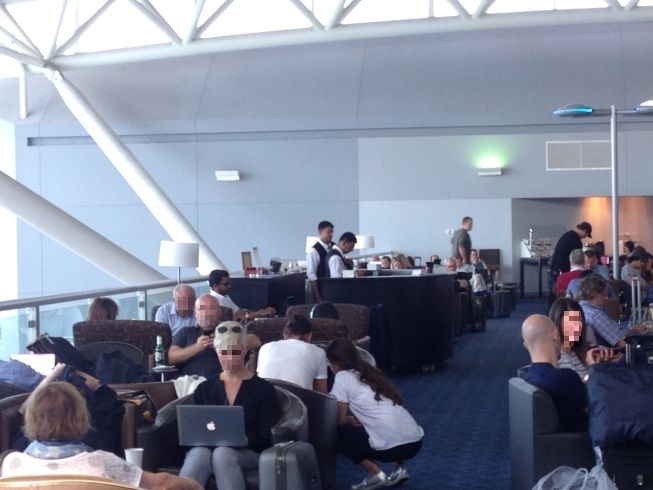 The temporary Admirals Club lounge is a small rectangular ‘room’ where someone tried to squeeze as many seats in as possible, whilst still leaving a bit of room for aisles inbetween.

Restrooms were about a 3 minute zig zag walk away. 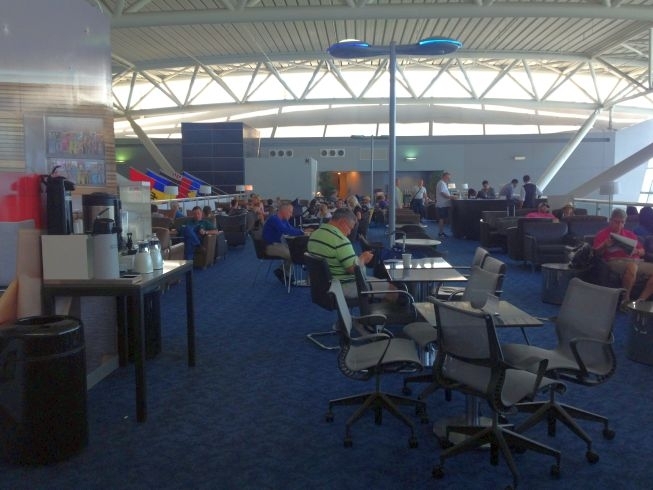 Don’t expect do be properly fed in this lounge. There were some carrot sticks, crackers and hummus, olives and soup and that was it.  You don’t know you’re born when you complain about Galleries Club at Heathrow! 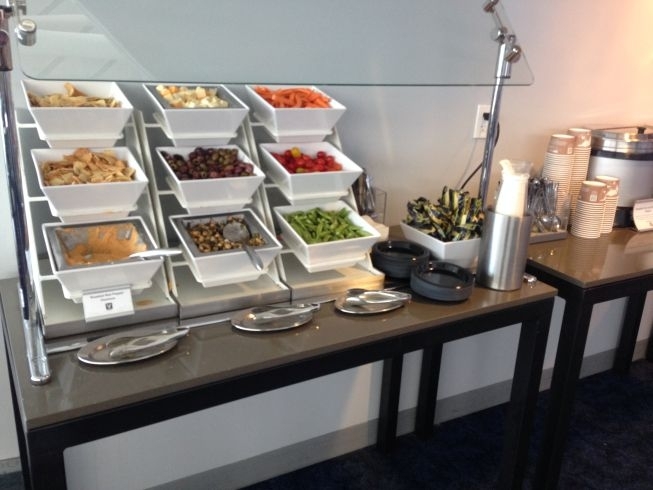 I tried the lemon chicken orzo soup which was absolutely horrible! Way too salty… 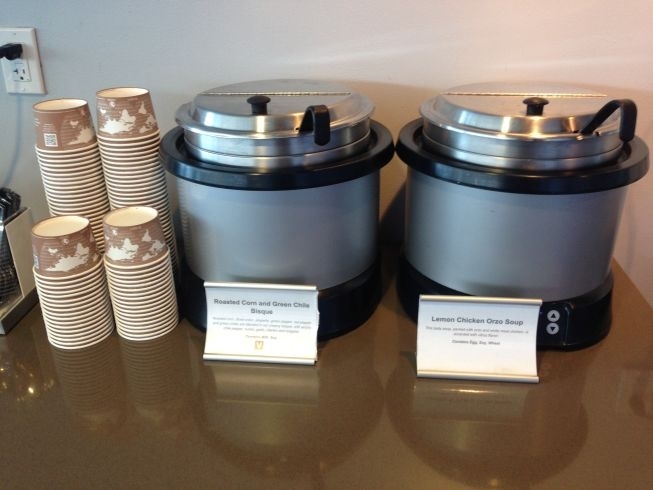 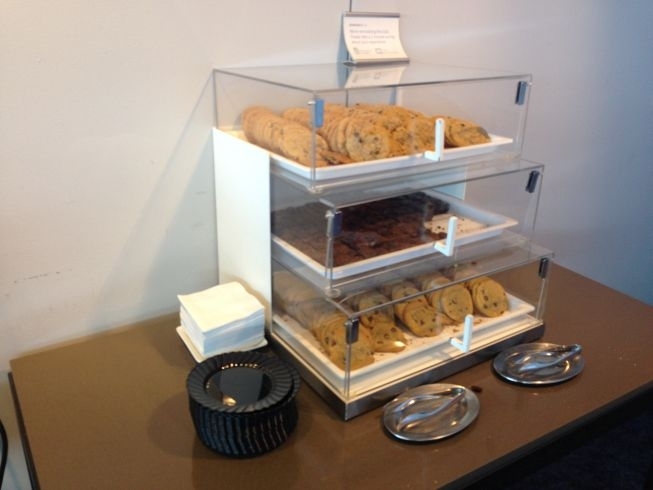 …. and so was the G&T.  Note that the bartenders expect you to tip them for pouring your drink, so take a few dollar bills to the bar if you don’t want to get that look. 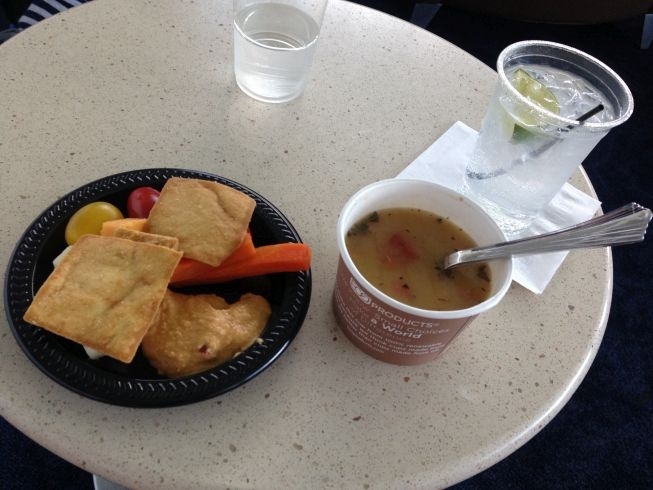 The socket situation wasn’t great and it took me a while to find a seat with a socket next to it.  There was at least one positive thing about this temporary Admirals Club lounge: there were USB chargers, woohoo! 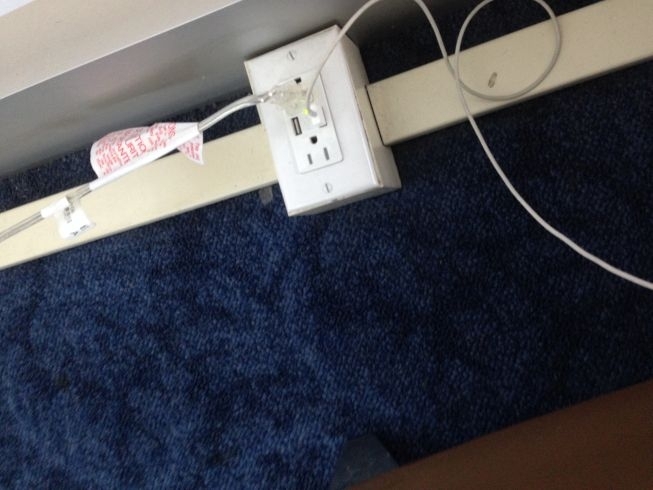 The temporary Admirals Club lounge in JFK Terminal 8 Concourse B is currently good only to grab a quick drink before your flight or charge your phone.  You won’t want to spend too much time there.  Roll on 2017 and the new lounge.