Over half term, my brother had a terrible time flying out to New York on BA.  His connection from Manchester to Heathrow was delayed due to a cancellation.  Because they had booked 5 x World Traveller Plus seats, BA struggled to reseat them on a Heathrow service and they had to take a taxi to Gatwick to take their NYC flight.  They arrived about five hours late.

He promptly filed a claim for his automatic compensation under EC261 for delays over three hours.   To give them credit, British Airways was very efficient and within a week he had received €3,000.

Recent reports on Flyertalk suggest that BA is offering customers the option of taking Avios instead of money.

This is allowed under the EU regulations, which state:

The compensation …… shall be paid in cash, by electronic bank transfer, bank orders or bank cheques or, with the signed agreement of the passenger, in travel vouchers and/or other services.

What I don’t understand is that BA appears to be treating this as another option to leg over its passengers.

This is a VERY poor deal if you take the Avios.  You are paying 1.33p per point. 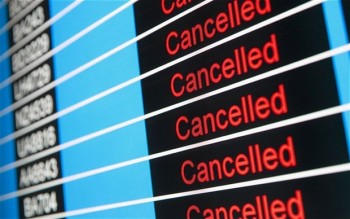 You can often buy Avios for noticeably less than 1.33p per point via the regular special deals run by BA and avios.com!  More importantly, most people would struggle to get more than 1.33p per point when redeeming – take a look at my core article on ‘What is an Avios point worth?’.

I would strongly recommend taking the money if you find yourself in this scenario.  Money is more flexible than Avios and if you really need 38,000 points an offer is likely to be along soon enough to buy them for less than 1.33p anyway.

BA could do itself a favour by offering, say, €800 of travel vouchers instead of €600 in cash.  This would be a more interesting alternative and would help retain a customer who (since they are making a delay claim in the first place) is probably not feeling very positive about BA currently ….