This is my review of The Gainsborough Bath Spa hotel.

Regular readers may remember that, a few months ago, The Leading Hotels of the World offered me a generous deal if I agreed to pay $150 to rejoin their Leaders Club loyalty scheme.

I would receive a free night, including breakfast, at one of 49 participating luxury hotels.

This sounded like a good idea to me and I paid my $150.  I then had to decide where to go.

The Gainsborough opened in Bath last year to a wave of publicity.  What is unique about the hotel is that the spa is fed by the Bath spa waters – over 1 million litres of heavily mineralised water a day emerge from the ground in the centre of Bath, heated to 46 degrees celsius, and some of that fills the three hotel pools.

The hotel is owned and operated by Malaysian group YTL, best known for Pangkor Laut.

I spent four years at university in Bath and have retained a soft spot for the place.  It is no real hardship to pop back every few years to see what is new, especially with the decent train service from Paddington.  The Gainsborough could also offer me a room for the opening night of the Bath Christmas market, which was enough to seal the deal.

For clarity, the hotel did not know who I was or that I would be writing about them.  As I did not get a marketing tour there are no pictures of rooms other than the one I stayed in.

Where is The Gainsborough?

Situated on Beau Street, The Gainsborough is directly opposite the Thermae Bath Spa complex.  It is literally 30 seconds from the main shopping street.  You couldn’t be more central if you tried, but despite that the hotel is very quiet.

I tend not to discuss service too much in my hotel reviews.  It can very from day to day, from person to person – and I tend not to interact too much with the staff if travelling alone.  However, the staff at The Gainsborough were outstanding throughout.  Only Four Seasons Hampshire comes close in the UK, in my opinion – they were that good.

I had been warned by friends who had already visited that the rooms were small – and they are.  This is the standard room I had which was on the top floor, in the eaves (click to enlarge): 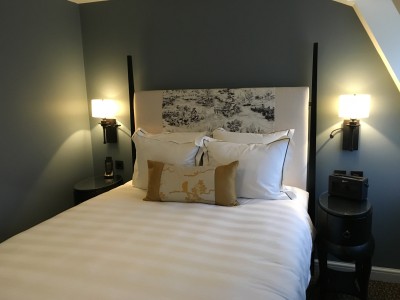 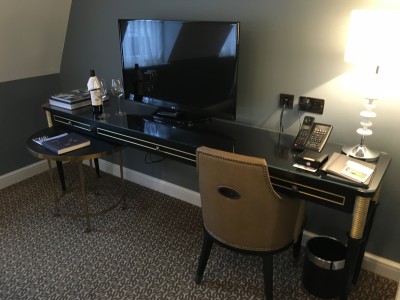 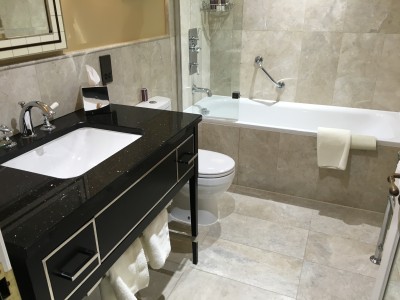 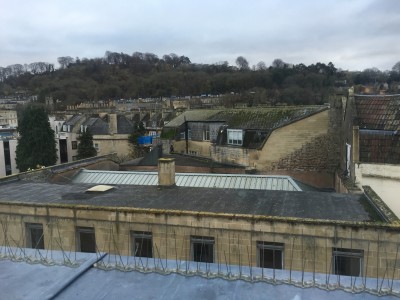 Despite that, I was pleased with it.  It had been decorated to a very high standard, there was ample work space (and sockets), the mini-bar was free albeit not extensive, I had been left a free bottle of wine, toiletries were from Asprey, there was a coffee machine …. 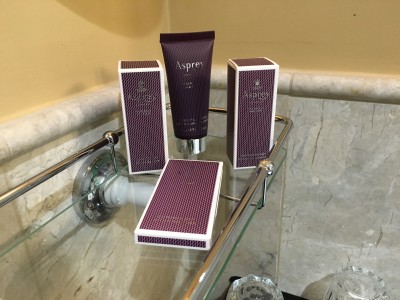 That said, I was travelling alone.  The single sink, the shower being integrated into the bath and the ‘not very big’ double bed could have been tight for a couple.

I will focus on the spa in Part 2 as there is a lot to show.  For the rest of Part 1, I want to run through the public areas quickly.

I found these to be a mixed bunch.  The bar is very small indeed – so small that I couldn’t take a decent photograph!  The shot below is an ‘official’ photo: 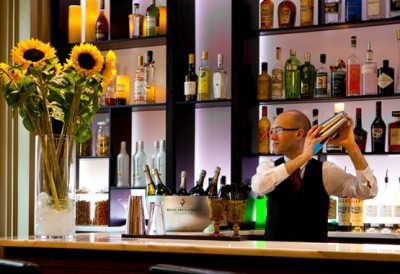 The restaurant is more successful.  I didn’t eat here in the evening but I did return for breakfast.  This consisted of a modest buffet (pictured in the video below) together with more extensive a la carte options.  The photos, taken on a dark November evening, don’t really do it justice to be honest: 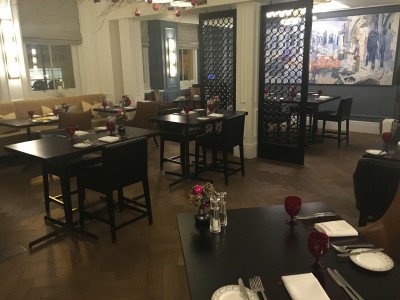 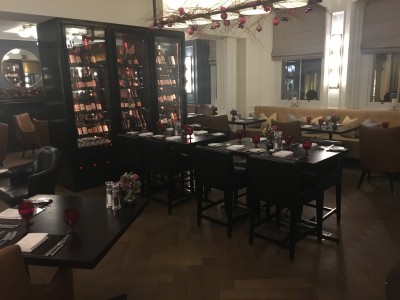 Finally you have ‘The Canvas Room’ which is the main residents lounge.  This worked well – the Christmas tree had just gone up and it felt very festive.  It was still a relatively modest space given the size of the hotel (99 rooms) although it was mainly used by external guests when I was there.  Frankly, if you are shopping in Bath and would prefer to pay £5 for a quiet coffee rather than £2.50 in a rammed Starbucks, this is worth a visit. 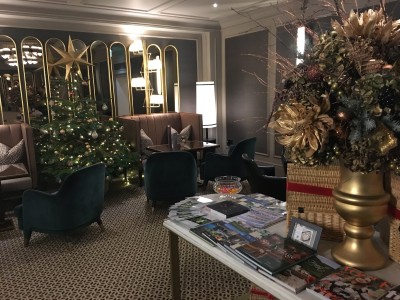 In Part 2 of my Gainsborough Bath Spa review (click here) I will take a look at the spa facilities.  You can also see them in the video below.  If the video does not show, or you want to subscribe to our YouTube channel or watch our other videos, you can do so here.