I ran another article last week about BA’s treatment of downgraded passengers who are travelling on an American Express 2-4-1 voucher and claim compensation under EU261.

When downgraded whilst travelling on an Avios ticket, under EU261 BA is obliged to refund you 75% of the Avios used for that leg of your flight.  This is not in dispute and British Airways has always been happy to pay this.

What is currently in dispute is what happens when someone travelling on a 2-4-1 companion voucher is downgraded.  In the original case we discussed, a reader was offered zero compensation because he was told his companion ticket had zero value.  His partner, the BA Amex cardholder, received the full compensation due.  When he launched a case for compensation, BA settled based on the cash cost of buying 75% of the Avios value of the ticket. 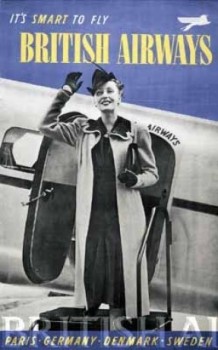 Over the next couple of weeks we will get a real-time example of how this works because my contributor will be filing a claim after being downgraded.  His wife, who was the 2-4-1 cardholder and so would qualify for compensation, was not downgraded.

British Airways has now issued a statement to me explaining how they believe EU261 should be applied to 2-4-1 tickets:

To quote “the value of the purchase [is] split across the two tickets”.  This is, of course, the same as saying that the companion ticket has zero value.

If one person is downgraded – irrespective of whether that person is the original ticket holder or the companion – “the person on the voucher would be entitled to 75% of the value of the ticket – which would be calculated on 50 per cent of the amount of Avios paid for the pair“.

I very much doubt whether this would stand up in arbitration:

BA uses the word “value” rather than the “cost” of the purchase.  I doubt it means this, because the value could be either monetary or expressed in Avios.  It is difficult to see how it could argue the value of the companion seat is nil.  The voucher actually has a value of 100,000 Avios – or whatever the relevant value for the ticket it was used for – and if the voucher is not returned for reuse then the holder should be compensated for its loss.

You can argue that BA has accepted the voucher as ‘consideration’ in contractual terms for the second seat.  This means that it has value.

It is clear from the T&C’s that the Amex 2-4-1 voucher does NOT get you two tickets at half price. You get one ticket at full Avios and the other ticket at zero Avios.  There is an argument to say the voucher effectively entitles you to two half-price seats rather than one free seat, but a parallel argument that the voucher has a value of the seat it entitles you to.

What BA states above is not what they offered in the case of the HFP reader who was downgraded and filed a compensation claim.  He was offered nothing until he filed his case, based on the grounds that the companion ticket cost zero Avios.

Anyway ….. we now know where BA stands on the matter.  I very much doubt that my contributor will accept an offer based on the guidelines above, and if it goes to arbitration then we will all be in a ringside seat to see how it pans out.  This should then be the end of the matter as the result will be in the public domain.