There is a lot of talk about the Airbus A380 not meeting its sales targets, but that pales into insignificance alongside the Boeing 747-8i.  This is the updated version of the classic 747-400 with a longer upper deck.

At the moment only three airlines are flying them as passenger, as opposed to freight, aircraft.  One is Lufthansa.  I am booked on a 747-8i to New York in June and I am looking forward to giving it a go.  The second is Air China.

If I’d waited, I could have got one nearer home.  The only other airline flying them is Korean Air, which ordered 10.  From 26th March, one of the two daily Heathrow services will switch to a 747-8i.  This is the first time that the aircraft has been used at Heathrow.

If you have any SkyTeam miles via Flying Blue, Delta etc and want to give it a go, Korean Air reward availability is generally claimed to be good. 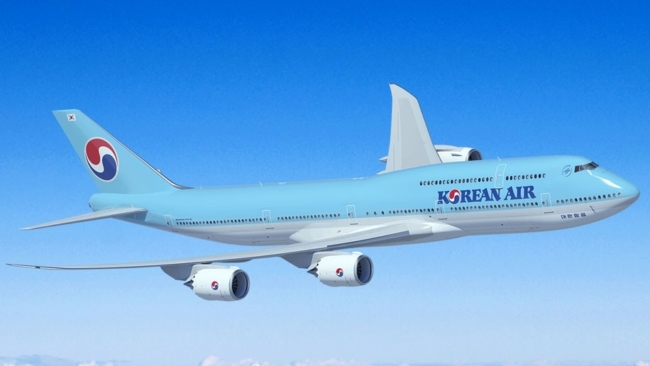 Finally, whilst off-topic, I thought you’d like to know that Amazon is doing £10 off a £50 spend on beers, wines and spirits for TODAY (Friday) only.  Full details are in this Shopper Points article.