IAG, the parent of British Airways, announced the name of its new low-cost airline yesterday – LEVEL.

The airline will be based in Barcelona, at least initially. LEVEL isn’t really a stand-alone operation – the crews will be Iberia employees and the schedules are being designed to allow Vueling, IAG’s low-cost and delay-prone short-haul carrier, to provide feed.

Services will launch in June 2017.

There are just two brand new A330 aircraft being used initially by LEVEL.  The airline will serve:

Services will operate 2-3 times per week depending on route. 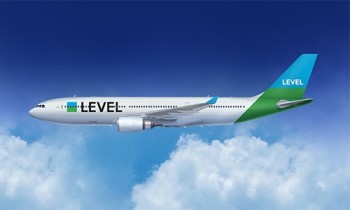 The aircraft are being operated as two-class aircraft but those classes are Economy (293 seats) and Premium Economy (21 seats) – there is no Business Class.

LEVEL’s seating is being arranged as 2-4-2.  To give credit to IAG, they could have gone for 3-3-3 although that would be painful given the length of the flights they are planning.  The seats are the new super-thin variant. 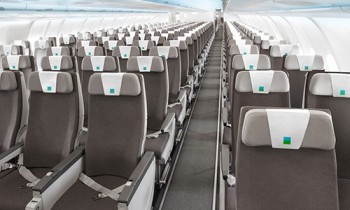 LEVEL will offer a “modern approach to flying”.  How modern?  Try:

you will pay for all food and drink

you will pay for all checked luggage

you will pay for a blanket, pillow and / or amenity kit

you will pay for internet (fair enough on that one)

you will, after an introductory period, pay for IFE

Premium Economy passengers will not pay for food and drink, seat selection, IFE or checked baggage.

You will also be able to buy more expensive economy tickets, sold as Basic+ or Optimal, which include some of the items above.  The only thing that no-one can get for free is wi-fi.

There are no status benefits.  If you have BA status, for example, you still cannot use fast track or a lounge.

Is the LEVEL airline actually cheap?

Not really, to be honest.  There were some cheap flights loaded initially yesterday, possibly for PR purposes, but you need to look at the day-to-day numbers.

I haven’t seen the pricing for seat selection or food and drink yet.  Let’s assume that you end up spending at least $30 each way on food and drink.

(Remember that there is no Air Passenger Duty out of Barcelona so you can’t directly compare this pricing with what you would pay out of London.) 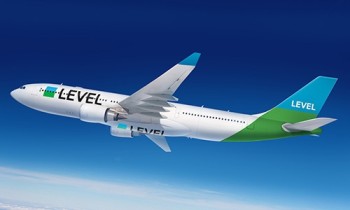 This is what we know:

You can redeem Avios for flights on LEVEL – see below

You can use ‘part pay with Avios’ when booking flights on LEVEL, although your Avios will need to be in Iberia Plus and not British Airways Executive Club.  Remember that you can use ‘Combine My Avios’ to move them for free.

How many Avios will I need?

LEVEL is pricing off the standard Iberia Plus redemption chart.

It could be even better, depending on whether Avios tickets include a free checked suitcase or not. (EDIT: comments below suggest Avios tickets get free seat selection, free hot meal and a free suitcase.)

These Avios flights can only be booked via Iberia Plus.  They cannot be booked with Avios on the BA website.

Given that availability to the US for Avios is often tricky over the Summer, you might want to take a look at this especially in Premium Economy.

Is LEVEL going to be a success?

Who remembers Go?  Or Buzz (because KLM also failed with a low-cost short haul airline)?  On the other hand, IAG’s Vueling has grown strongly even though it has a terrible reputation for operating performance.

The best thing to say is that LEVEL is a low risk gamble for IAG.  The pilots and crew are already employed by Iberia.  The two new A330 aircraft will easily find a new home within IAG if this venture fails.

The real question is whether Barcelona has enough people to support these services.  Norwegian is launching Barcelona – Oakland in June so it will interesting to see how the two compete.  The other three routes may be a captive market for those looking to fly direct.  If it works, you could image a similar operation being launched from, say, Manchester.

You can learn more on the LEVEL website here.