On Sunday I wrote about my stay at the Hilton Garden Inn at Hatton Cross. This is a decent budget hotel at Heathrow with one great advantage – you don’t need to use the rip-off and slow Hoppa Bus to get back to the airport, as Hatton Cross underground is just outside the front door.

I was reminded in the comments that there is another handy budget option on the way.  A Premier Inn is due to open at Terminal 4 in late May.

This will have a direct covered connection, via (I think) the same walkway used by the Hilton at Terminal 4, to the terminal.  You won’t need to get the Hoppa Bus. 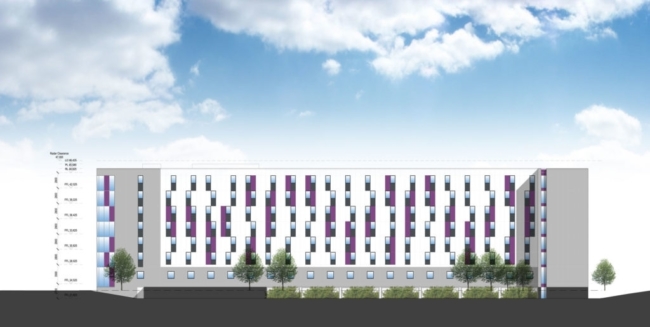 If you are not flying from Terminal 4, you can use the tube (apparently free between terminals with Oyster) or the Heathrow Express / Heathrow Connect service (free to all) to get to the terminal you need.  Terminal 5 will be a bit of a faff because it will require a change of train however you do it, but Terminals 2 / 3 are easy to reach.

Here is the great news.  The Premier Inn Heathrow Terminal 4 is currently selling rooms for £29.50 per night.  This is an exceptional deal for a hotel directly connected to Heathrow.

You should also keep an eye on the prices for the Hilton Terminal 4, since they will be under massive pressure to cut their rates too. 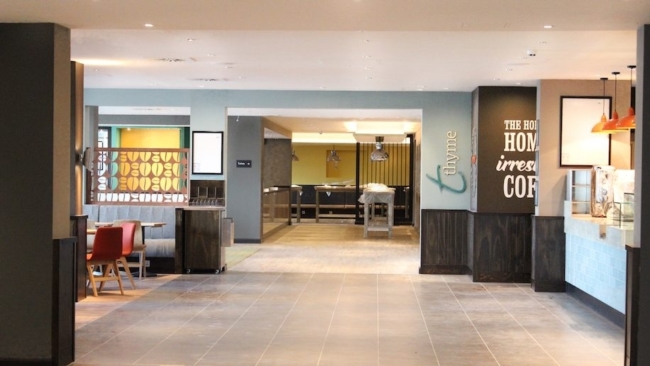 The hotel will have a huge 613 rooms.  Two floors have being allocated exclusively for the use of airline crew and presumably have a different room specification.

There is only one Premier Inn hotel that I stay in on a regular basis (Scarborough, of all places) so my experience is limited.  The quality of the bed and the room is excellent, however, and puts a lot of older Holiday Inn Express etc hotels to shame.  I think Premier Inn has been responsible for Holiday Inn Express raising the design and quality bar quite sharply with its ‘new generation’ hotels now rolling out.

The opening date is scheduled for Saturday 20th May.  The hotel website is here.  £29.50 rooms are available pretty much every day throughout the Summer.   Even if you don’t want to commit to a pre-paid rate, fully flexible rooms are just £45 on 95% of nights I checked. 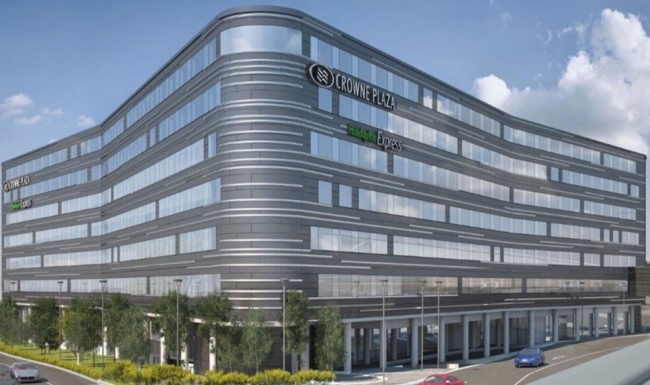 This is just part of a mini hotel boom at Heathrow.  A new combined Crowne Plaza / Holiday Inn Express will also open at Terminal 4 next year (see photo above) and will also be walkable to the terminal.

A new hotel is also being built at Terminal 2 which will be linked directly to the terminal: 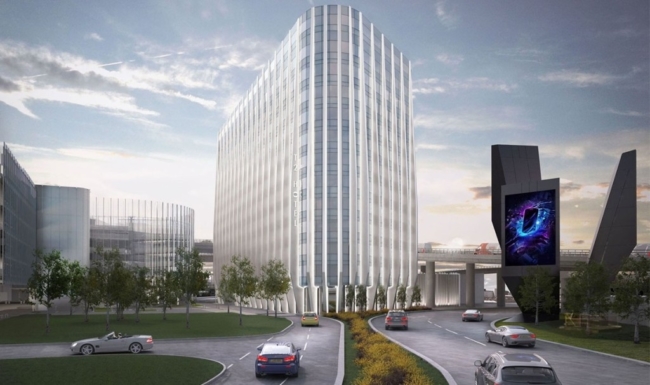 …. but no operator has yet been selected.

Plaza Premium is also opening a hotel under its Aerotel brand later this year in a converted office block which will be directly connected to Terminal 3.

Part of the reason for this building spree, of course, is that all of the hotels on Bath Road – which account for the majority of the accommodation at Heathrow – will be demolished as part of the third runway.