Via Business Traveller, hotel marketing consortium Small Luxury Hotels of the World has announced that it will scrap its current loyalty scheme, The Club, next month.

Small Luxury Hotels of the World is a consortium of 520 luxury hotels in 80 countries. These are primarily independent properties, many of which are well known in their respective markets.

The Club is currently an Avios partner, and you are able to earn 500 Avios per stay at any SLH property.  Details are on ba.com here.  It is not clear if airline miles will continue to be offered in the future.

Taking their cue from the stupid tier names used by the new World of Hyatt programme (Discoverist, Explorist, Globalist), SLH will name its tier levels Invited, Inspired and Indulged.

The focus will switch to ‘personalising stays’ with benefits such as ‘recommend a friend rewards, birthday gifts, complimentary nights, small luxuries’ and more.

If you are not already a member of The Club, this link for American Express cardholders still lets you join at Loved level, their current base level.  You may want to sign up now at this level in the hope that you are grandfathered into the new scheme at a higher level.

Emirates doubling up A380 services to Birmingham

Emirates has announced that the Birmingham route will move to ‘all A380’ operation from 29th October.   At present only one of the two daily services uses the super-jumbo.

This move is a partial reversal of the service cut planned for September.  The airport currently has three daily Emirates services, of which two are operated with a Boeing 777.  One of the 777 services is being dropped from September, but the upgrading of the second 777 flight to another A380 sees much of the missing capacity being reinstated. 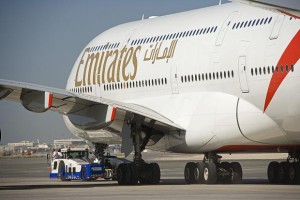 I don’t know if this is brand new news but it had passed me by.  The partnership between Virgin Atlantic and Malaysia Airlines is ending on 31st August.

You will no longer be able to earn Virgin Flying Club miles when flying on Malaysia Airlines after this date.  That is not a major loss of course, since Malaysia Airlines is in oneworld which means you can also credit their flights to British Airways Executive Club.

You will also not be able to redeem Virgin Flying Club miles for Malaysia Airlines tickets after 31st August.  On the upside, you can book before 31st August for travel at a future date after the cut-off.