IAG’s Spanish low cost carrier Vueling (pronounced bwelin) confirmed yesterday that it is switching its loyalty scheme to Avios in a few weeks.

This is worth knowing about because of Vueling’s strong regional presence at UK airports.

Vueling is a low cost airline, based in Barcelona, owned by BA’s parent company IAG.  It is run separately to Iberia.

Whilst Vueling doesn’t have the greatest reputation for punctuality or comfort, it now serves 130 cities on 345 short-haul routes.  The main base is in Barcelona with a secondary hub in Rome.

Vueling operates from seven airports in the UK including Manchester, Birmingham, Cardiff and Edinburgh as well as London Gatwick, Heathrow and Luton airports.  It is flying 28 routes from the UK this summer with more than two million seats on offer.  Typical destinations are Barcelona, Rome, Alicante, Mallorca and Malaga.

Alex Cruz was CEO of Vueling before moving across to British Airways.

And what is happening with Avios?

Vueling confirmed that it will be moving its existing reward scheme, Punto, to Avios next month.

Punto will be renamed Vueling Club.  Existing points will be transferred into Avios at the rate of 1 Punto to 9 Avios.

In an interesting departure from the BA model, you will be able to use ‘part pay with Avios’ to cover the entire cost of a flight including taxes.

Full details of Vueling Club can be found on the Vueling website here.

This is a bigger upheaval for Avios than you may think.  There are two million people with a ‘Punto’ account, so the Avios customer base will jump from 7m to 9m overnight.

Does this mean I can now earn Avios when flying Vueling?

That said, you already could although you may not have known it.

All Vueling flights to or from the UK are operated as codeshares with British Airways.  A number of other Vueling routes are BA codeshares including all domestic Italian flights.

The British Airways Executive Club Avios earning chart for codeshares is the same as for standard BA flights – see the chart here.

Once Vueling Club is launched, you can earn Avios on ANY Vueling ticket booked via their website.

You will need to have a Vueling Club account and the points will be sent there.  However, you can move them to British Airways Executive Club via ‘Combine My Avios’.

How many Avios will I earn?

It is a revenue based system.  The more you spend, the more you earn:

It isn’t clear how the earning rates are adjusted for the taxes and charges element of your ticket price. 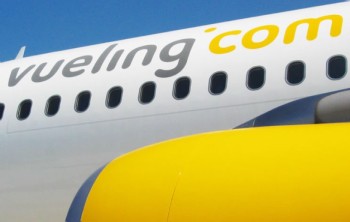 Will I be able to spend Avios on Vueling?

Yes.  Again, you already can although you may not have known it.

Despite the codeshare agreement, you cannot redeem for Vueling flights at ba.com.  You currently need to redeem via Iberia Plus. This involves:

Whilst we don’t know the full details, it seems that Vueling Club will be fully revenue based.  The ONLY way to redeem will be via ‘part pay with Avios’ with the quirk that, if you wish, you will be able to pay 100% with Avios.

All three Vueling fare classes – ‘Basic’, ‘Optima’ and ‘Excellence’ – will be available via ‘part pay (or fully pay) with Avios’.

The upside of ‘part pay with Avios’ is that you can use your Avios to book ANY Vueling flight with no availability concerns.  The downside is that the value you get per Avios point is fixed – it will probably be around 0.5 cents per Avios.

I never fly Vueling – is there anything in this for me?

Another Avios programme gives you more opportunities for earning.  We saw an example this week, with Aer Lingus offering 18,000 Avios for £145 if you buy a digital subscription to the Irish Independent newspaper.

If there are any Vueling-only promotions running with partners, such as hotels or car hire groups, you can take advantage, earn points in Vueling Club and then move them across to British Airways Executive Club.

If you have any Punto points, they will be turned into Avios next month at a 1:9 rate

You will be able to earn Avios on any Vueling ticket, irrespective of cost, as long as you credit to a Vueling Club account (which will probably be the same number as your avios.com account)

It isn’t clear if Vueling flights will also be available for redemption via ba.com or, as they are today, iberia.com.  If they are, it isn’t clear if they will use fixed distance-based pricing or the variable pricing – based on ticket price – that Vueling Club will charge

You can find out more on this page of the Vueling website.

If you are travelling on business or are willing to pay a premium, the ‘Excellence’ fare on Vueling gives you something which is pretty comparable to BA Club Europe.

This page on the Vueling site outlines the ‘Excellence’ benefits:

It doesn’t sound too bad!  I will try to give it a go once redemptions are available.