If you’ve ever travelled from Porto on a British Airways flight you might have been in the awkward situation of being turned away from the only lounge at the airport.

That is because at some point British Airways decided that it didn’t want to pay for its passengers at certain airports to have a glass of wine and a snack before their flight, even if they are travelling in Club Europe (which I was) or hold a Gold or Silver card (which I do).  This seems to be getting more common.

EDIT: In 2019, British Airways started allowing its passengers to use this lounge

A few weeks ago I visited my friend in Portugal and ended up in said situation. I had to do a bit of work and really wanted a glass of wine so I decided to use my Amex Gold Lounge Club card.  As I had already used my two free lounge passes for the year, Lounge Club charged me a £15 fee for access.

Was it worth it? Here is my review: 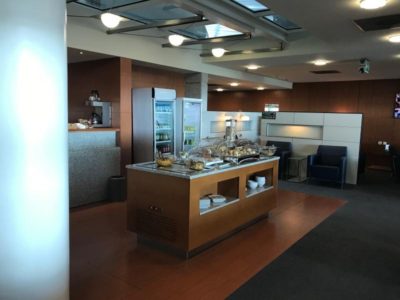 The ANA lounge at Porto Airport is upstairs on the first floor.  It has nothing to do with the Japanese airline ANA.

Washrooms are opposite reception and the actual lounge is to the right.

In the center of the lounge is the self service bar and snacks. I was in the lounge in the late afternoon and the food selection was pastries, sandwiches and cookies.  As my doctor recently told me I should avoid wheat there was nothing I could eat.

I did have a couple of glasses of wine and some still water.

The lounge was not very busy but it was still an issue finding a seat with a table and functioning plug socket. 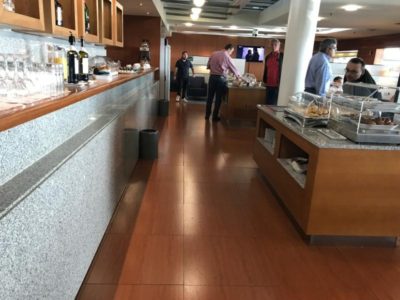 The lounge also had an ‘outdoor’ balcony overlooking the airport and runway. There were lots of empty seats in this area. 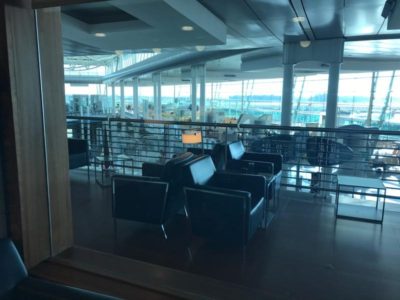 In one of the corners was a business centre with phone chargers, computers and desks. 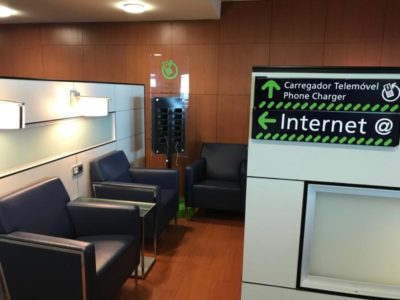 The magazine selection wasn’t great though I did like the look of the shelves. 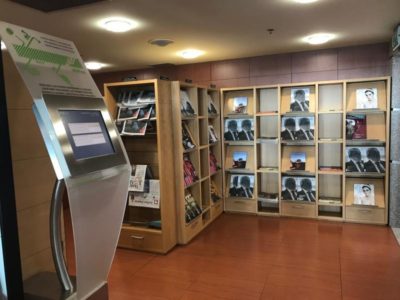 Let’s put it this way. The ANA lounge at Porto isn’t a bad lounge. The atmosphere was, as the website promises, relaxed and pleasant.

I’m just not sure if it’s worth paying to get in – especially when British Airways should be the one paying when you’re flying in business class!

The £15 fee via Lounge Club isn’t a lot, but my friend told me that the airport wifi is great and you can get a wine and a decent snack for less than £15 at any of the restaurants.

Entry is free with a Priority Pass so if you have one of those (via Amex Platinum or buy one here) I’d say ‘why not?’.

You can also pay to access the lounge on the door for €24 – which in my opinion is too much for what’s on offer.

It would also be great if someone could look at the sockets and fix those that aren’t working …..

The more important question, of course, is why British Airways unilaterally decides not to pay for lounge access at certain airports even when there is a perfectly suitable option available.  This is the second time this year that this has happened to me – it also happened in Ibiza.  At the very least, I think BA should provide a €15 – €20 refreshment voucher for the airport to qualifying passengers.