This is, potentially, not the best time to be highlighting the joys of KLM, given our story last week about their Flying Blue loyalty programme potentially going ‘revenue based’ for miles earning.

I thought the following analysis was interesting though.  If you want to know why KLM is so popular with business travellers outside the M25, take a look at this table of UK regional airports:

UK regional airports served by BA to a London hub:

UK regional airports served by KLM to its Amsterdam hub:

BA has 10 hub-connecting destinations compared to 18 with KLM.  Even if you strip out codeshares, KLM has 14 routes it serves directly compared with just from BA.  There is no surprise, even before factoring in the transfer headaches at Heathrow, that many people prefer to change in Amsterdam instead. 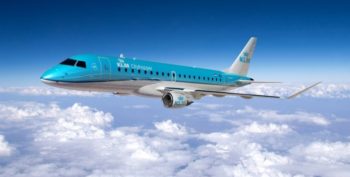 This passed me by when it launched in August, but you can now earn Flying Blue miles when you fly with low-cost Canadian carrier WestJet.

Full details are on the Flying Blue website here.

The Flying Blue promo awards website is here.  The new batch of deals must be booked by the end of October for travel in December or January.

Some of the interesting long-haul premium economy and business class deals include:

Business Class – 25% off Calgary, Toronto, Edmonton and Vancouver (plus Wuhan in China)

Remember that Flying Blue is an American Express Membership Rewards partner if you need to top-up your account.

The KLM and Air France networks should be bookable with Virgin Flying Club miles at some point in 2018 once the new joint venture gets regulatory approval, which will be an excellent result for all Virgin frequent flyers.

What are the most valuable credit card sign-up bonuses?

REMINDER: Excellent Lufthansa and SWISS First and Business Class deals from the UK