British Airways changed its baggage policy last night with literally no notice.  Even the travel trade was not informed until yesterday.

For all BA bookings made from today, the Most Generous Allowance luggage policy no longer exists.

The Most Generous Allowance policy allowed you to retain the biggest luggage allowance from any flight on your itinerary and have it apply to all flights.

The most common use of this would be if you flew outbound in one class and inbound in another.  Fly out in Euro Traveller but back in Club Europe and, as long as the entire flight was on the same ticket, you got the higher Club Europe baggage allowance for both legs.  No longer.  You will now have to pay for extra baggage on the Euro Traveller leg.

This does NOT apply to tickets with a connection on the inbound or outbound.   If you are flying domestically from Manchester to Heathrow and then onwards in Club World, you still get the Club World baggage allowance on the domestic flight.

Except …. this no longer applies if you have a stopover of more than 24 hours.   Fly from Manchester to London on Monday, with your onward flight in Club World on Wednesday, and you do NOT get a higher baggage allowance on the Manchester to London flight.  You will need to pay. 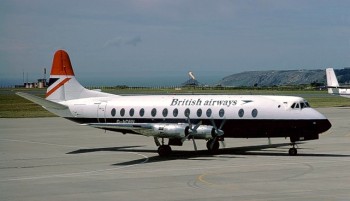 Here are two example from BA’s own travel trade site:

Edinburgh to Barbados, with the domestic leg to Gatwick in Euro Traveller and a Club World onward flight and a stopover in London

For clarity, in the 2nd example it is the stopover that causes the problem.  If the passenger is connecting immediately then they keep the higher allowance on all flights.

Existing tickets booked before today are not affected.  British Airways has said that, even if such tickets are amended, they will retain the old rules.