World Travel Market, the UK’s biggest trade show of any sort, runs at Excel in East London between Monday and Wednesday this week.  Monday is restricted to the media and key buyers and is when the real business gets done.

British Airways Chairman and CEO Alex Cruz gave a speech and did a Q&A yesterday afternoon.  It was one of his first major appearances since taking on the job.  He made some big announcements but they were things that regular HFP readers will already know, many of which were initially flagged in the Investor Day presentation on Friday which I covered here.

The following bullet points, however, were of interest.  Some of the following information is new and the rest has not been widely discussed: 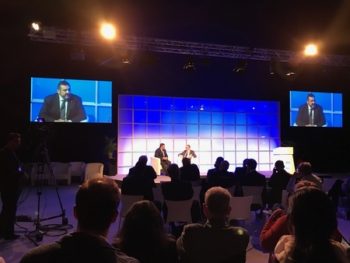 British Airways is about to announce a new Summer 2018 route to Figari in Corsica.  This has not yet been formally announced and is not yet bookable.  (EDIT: 10am Tuesday, it is now announced and should be bookable.) If you fancy booking Avios flights there for next Summer, get your diary out and start planning.  The official announcement, which will coincide with seats becoming bookable, should happen in the next few days.

Club Europe catering is to be completely redesigned and relaunched in late 2018.  This appears to be an admission – which I totally agree with – that the recent changes were not done properly, at least on shorter routes.  I admit that feedback on the food on longer short-haul flights is much improved.

Economy passengers with status (probably just Gold) or travelling on fully flexible short haul tickets should get ‘special treatment’ in flight when it comes to catering.  There is not a cast iron guarantee that this will happen, or what form it will take, but Cruz understands it is an issue.

A full second meal to be re-introduced in Economy on long haul routes.  ‘Wrong decisions’ had been taken on long-haul Economy catering in the past. 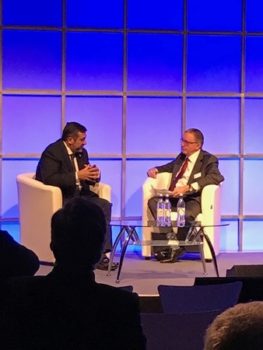 Cruz is keen to add more US destinations to the network.

The number of routes with First Class will be progressively reduced but it is definitely staying.

In terms of Avios, he has noted what the US carriers have done in terms of revenue-based earning but does not feel that this exact model is what he wants.  He is keen for Avios to massively increase the numbers of places where you can collect points.  There was also an implication that the ‘dynamic pricing’ discussed last week will relate to last minute bookings, or possibly the Etihad model where you can book any seat on any plane if you are willing to use enough points.  (Of course, extending ‘part pay with Avios’ so it is uncapped would achieve this very easily without causing much disruption.)

So, food for thought.

PS.  This article would usually end here.  However, there is an interesting coda.  Alex Cruz and I travelled back to West London together last night.  It wasn’t planned, but we ended up standing next to each other on the tube from Canning Town to Westminster, where we both changed onto a District Line before I jumped out at Sloane Square.  No chauffeur car or entourage for Alex, to give him credit.

I am not going to talk about what we discussed because it would be unprofessional, but I took the opportunity to stress a few of my key tenets about how loyalty schemes work and what can go wrong.  As always, once you’ve spent some time with someone you see them in a different light and I did find him a thoughtful and surprisingly down to earth character.