The first ‘densified’ British Airways Boeing 777 is now in service at London Gatwick.   The number of seats has been increased from 280 to a whopping 332.

The main way this has been achieved is to make World Traveller / Economy 10-abreast.  To be fair to British Airways, a lot of other airlines – including many with a better reputation than BA, such as Emirates, Air France, Qatar Airways and Cathay Pacific – have already or are in the process of doing the same.  BA is playing ‘catch up’ (or ‘catch down’, possibly) in this area. 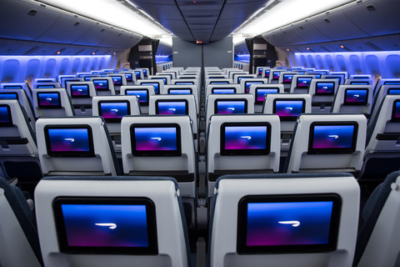 There have been some improvements to the World Traveller seat.  Most obviously, the size of the TV screen has increased from 6 inches to 10 inches.

You also get “a six-way headrest with adjustable ears for added comfort and movable middle arm rests, which is particularly useful for customers travelling with children”. 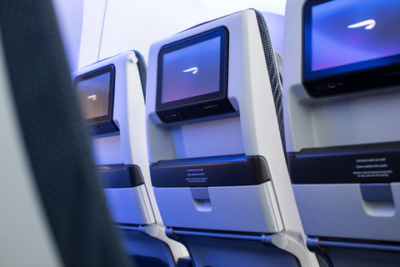 USB power ports have been added but there are no plug sockets.  Whilst not an obvious change, the IFE system has also been replaced and now has substantially more capacity to add additional movies.

There have also been major changes in World Traveller Plus.

The World Traveller Plus cabin has been increased from 24 to 52 seats.  This is likely to drive a substantial change in the amount of Avios reward availability in this cabin.

If you are wondering where the space came from, the number of Club World seats has been reduced from 40 to 32. 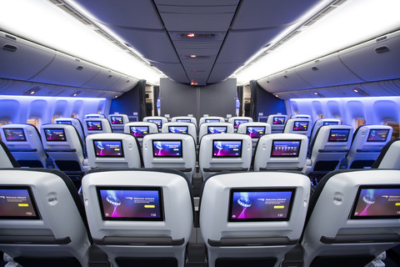 Word Traveller Plus DOES now have plug sockets which will take UK, US and European plugs. 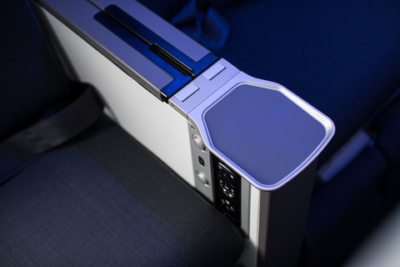 The seat also has “a new leg and footrest, as well as an improved fully adjustable six-way headrest to suit customers of all heights. The new seat also has a cocktail table at the front and in-arm tray tables”.

The new World Traveller Plus seat will be added to the Boeing 777 fleet at Heathrow from “Autumn 2019”.

Where will you find these new seats?

The new aircraft are initially being timetabled onto Punta Cana, Cancun and Kingston.  All six of the three class Boeing 777 aircraft will be done by the end of 2018 – it is a slow process, taking two months per plane and requiring the aircraft to be sent to Singapore.  BA will then start making similar changes to the four-class fleet of four aircraft at Gatwick.

It remains to be seen if customers in World Traveller can be ‘bought off’ with a bigger TV and a USB socket when faced with a sharp drop in seat width.