IHG has now confirmed that four of these hotels will be rebranded as Kimpton.

Currently there is only one Kimpton property in Europe, the Kimpton De Witt Amsterdam which we reviewed here.

The first Kimpton to open in the UK will be the rebranded Principal London in Russell Square – previously the Hotel Russell – which has recently undergone an £85 million refurbishment and only re-opened in April.  The seafood restaurant at this hotel, Neptune, has been attracting a lot of positive press reviews.

The Principal London will be rebranded as a Kimpton later this year.  Principal Manchester, Principal Edinburgh Charlotte Square and Principal Blythswood Square Hotel Glasgow will follow in 2019.

IHG has also confirmed speculation about some of the acquired hotels joining its newest brand Voco. The Principal St. Davids Hotel in Cardiff will be the first Voco hotel in the UK.  You can find out more about Voco, IHG’s new ‘conversion brand’, in our article here.

InterContinental returns to the regions

The Principal Met Leeds Hotel will be rebranded as an Indigo in 2020 and the De Vere Wotton House in Surrey will operate unbranded as Wotton House whilst IHG decides what to do with it. 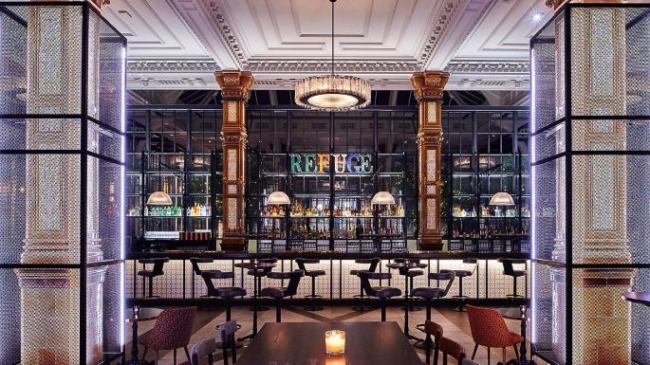 Rebranding for the Principal York and the Grand Birmingham, which is currently undergoing refurbishment, has not been announced yet.

Planning a trip to New York? Save a fortune in Avios and cash by flying Iberia