Back in March I wrote an article on the rumour that IHG, which operates InterContinental, Holiday Inn, Holiday Inn Express, Crowne Plaza, Hotel Indigo etc, was in talks to buy hotel group Belmond.

The story made sense.  IHG had been talking about its desire to buy a ‘true’ luxury hotel brand. 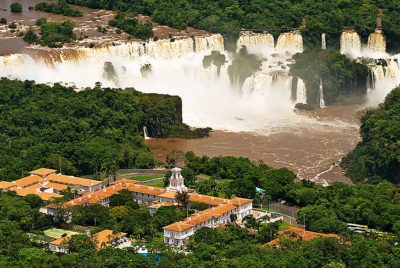 Some of the names banded around as potential suitors for IHG were laughable, such as Mandarin Oriental and Peninsula.  I struggle to think of anything that would be worse for the luxury hotel sector than to see IHG get its hands on either of those.  The Ritz Carlton was sucked into Marriott many years ago and with very negative consequences, although there have been signs in the last couple of years that the brand is regaining some of its former lustre.

When rumours surfaced of IHG buying Belmond, it DID make sense.

And then it all went wrong ….

We don’t know what happened in talks with Belmond.  All of a sudden, however, IHG announced that it was buying Regent Hotels.  Here is our story on that deal.

This was, frankly, crazy.  For a start Regent Hotels only had SIX properties.  One of those, Singapore, was not even under its control and recently announced it is moving its management to Capella Hotel Group.  The others are not exactly in major hot spots – Beijing, Berlin, Chongqing, Porto Montenegro and Taipei.

There is also brand confusion due to the Regent Seven Seas Cruises business which has an identical logo but which is totally separate.

If you are 50+ you may remember when Regent Hotels was a luxury sector leader, but the name means nothing to most people.  Four Seasons bought it and then sold on the Regent name to Carlson after rebranding the existing properties and the pipeline.  Carlson later sold the brand to a Taiwanese group, hence the hotel in Taipei.

Regent is slowly being reinvigorated but has virtually no brand cachet.  In fact, the one decision to date – to deflag the iconic InterContinental Hong Kong and rebrand it as Regent (its original brand when built) – actually makes IHG weaker and not stronger.  No-one has even tried to pretend that they have any clue how Regent and InterContinental will differentiate themselves. 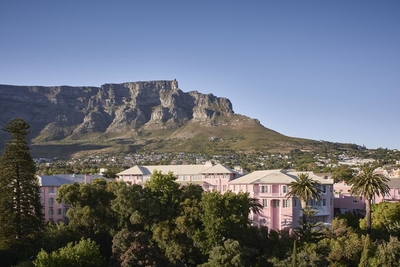 IHG may have a second chance

On Thursday, the board of Belmond announced that they were open to offers for the company.

Any buyer will need to find around $2.5 billion including debt.  The vast majority of this is actually underwritten by freehold and long leasehold property.  IHG or another suitor would only need temporary access to such a sum as the property could be sold, leaving just the hotel management contracts.

All of the major hotel groups have experience of selling major property assets in recent years and I doubt many would be put off by needing to do this.

It makes sense for IHG to take another look.  The Belmond brand is weak so they could use Regent Hotels on these properties, which would also help justify the Regent deal.

One thing I heard multiple times from Hilton staffers when I was over at their HQ recently is that they don’t have enough luxury hotels.

Hilton believes that luxury hotels have an important halo effect.  You are more likely to stay at a small town Hampton by Hilton if you think it will earn points to put you nearer to a luxury hotel redemption.  The problem is that Hilton is low on luxury properties where you can do this.

Marriott used to have a similar problem, which it solved by buying Starwood.  Staying in a down-trodden Marriott now has more appeal, and Hilton – and presumably IHG – knows that.

And of course there is Accor …..

French hotel group Accor has made so many piecemeal acquisitions over the last five years I can’t even remember half of them.  Some are already written down.  They appear to have exceptionally deep pockets however and another few billion may not make much of a difference.  They bought Fairmont, Raffles and Swissotel to recreate a high end grouping and Belmond would add to that.  Accor also owns the Orient Express brand which, of course, Belmond used to use on its hotels – the old name could return.

There is also Hyatt, in desperate need of an acquisition – although this is really too small to move the needle.  Their last minute lunge into the NH Hotels sale process recently, which was in reality too low end for the group, shows the pressure they are under.

Whatever the outcome, it is likely to be good news for the travel loyalty sector given that Belmond properties are not currently part of any major scheme.  A free stay at the Hotel Splendido in Portofino may be back on the cards …..

Get bonus points: You will earn bonus IHG One Rewards points on stays between 13th October 2022 and 31st December 2022. You can choose between 2,000 points for every two nights or 10,000 points for every four nights (not cumulative). Read this article for full details. You can register here.