One advantage of being an American Express Platinum cardholder is the opportunity to access special offers and complimentary experiences. These are generally not bad, although I am so busy these days that I rarely get to one.  Details of what is available are sent out in the monthly ‘Vista’ email.

You probably know that American Express is a major employer in Brighton.  You may not know that it is also the headline sponsor of the new Brighton & Hove Albion football stadium, now known as the American Express Community Stadium (or, apparently, “the Amex” to locals).

American Express has a suite in the stadium.  Reader Tim managed to get free tickets from Amex for a recent Premier League game and offered to write up his experience.

“In July American Express Platinum card members received an offer of complimentary Amex Lounge tickets for Brighton & Hove Albion FC Premier League games. The offer was allocated on a waiting list basis, and the Platinum Concierge advised that factors such as annual spend and time of cardmembership were taken into account. I was allocated tickets for Brighton vs West Ham, my third choice. A quick check showed equivalent hospitality tickets for this game started at £185 per person. 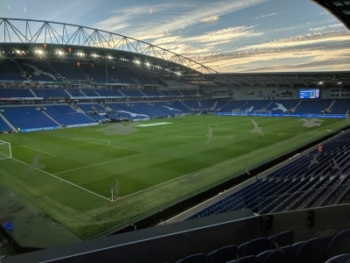 The American Express lounge is located at the South East corner of the stadium. It’s a nice space, with floor to ceiling windows looking out across the pitch. There is a bar at one end, and most food & drink, including beers and wines from the bar, is free. Tea/coffee, etc was self service. 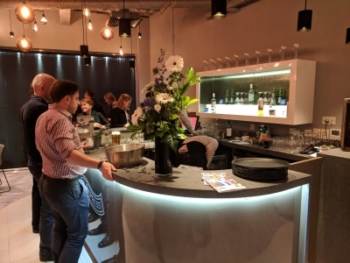 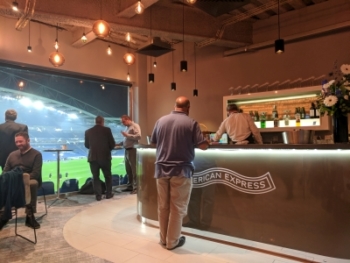 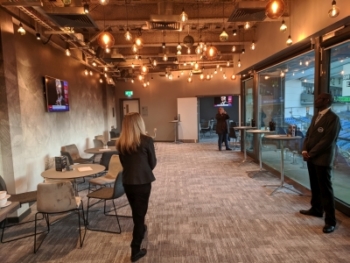 In the two hours before kick off we were served a three course ‘bowl food’ menu.  I opted for vegetable spring rolls, fish pie and lemon meringue. For each course guests were give the option to try multiple bowls and despite the small serving sizes the food was good and there was plenty available. A cheese selection was served at full time. 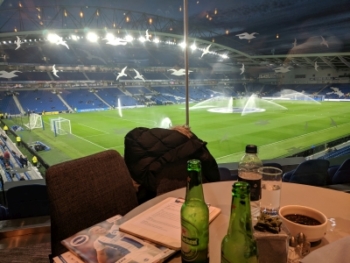 We sat at a table for six, and as tickets are allocated at two per card member this encouraged us to talk to other guests. We had driven three hours from Bristol and were surprised to find that despite this being a neutral area, most people were local supporters of Brighton or West Ham. 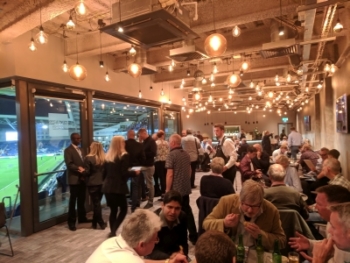 We had reserved balcony seating alongside the lounge for the match itself (FA rules meant that the lounge windows were covered during the action to prevent people drinking alcohol whilst in view of the pitch).  The view of the action was very good, although I doubt there are any bad views in this modern stadium. Unfortunately the match didn’t quite live up to the hospitality, with few exciting moments in the 1-0 home win! 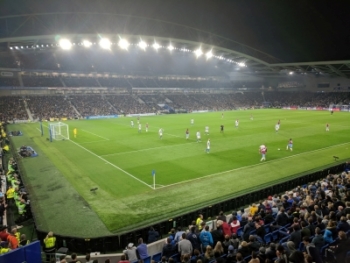 The Amex lounge is a fairly new offer.  As I know Amex will read this, one area for improvement is communication about what is and isn’t complimentary.  A few times people were embarrassed to be called back to pay for certain spirits and snacks, and no one mentioned until full time that the lounge had free wifi.  This would have been useful given that the stadium had almost no mobile reception!

Overall, it was a fantastic card perk to be able to have a free night out watching a Premier League game from the Amex Lounge.”

Thanks Tim.  If you enjoy using your miles and points to watch Premier League football from VIP suites, you might also find our article on redeeming Emirates Skywards miles or American Express Membership Rewards points for Arsenal tickets of interest (especially now they are winning again!).