As part of my trip to KLM this week, I got to take a look around a Boeing 787-9 which was in the hangar.  There are four reasons why I thought you’d find this interesting:

we often write about KLM business class sale fares on Head for Points, so it was good to see the latest seat in the flesh

if you live outside the M25, flying long-haul via Amsterdam is often easier than flying via Heathrow – KLM has far more UK regional airport connections to its hub than British Airways

KLM business class seats will be bookable with Virgin Flying Club miles from some point in 2019, and you will also be able to earn Virgin Atlantic miles when flying with KLM

I got to poke around, and photograph, the cockpit and crew rest areas

This is what the plane looked like in the hangar: 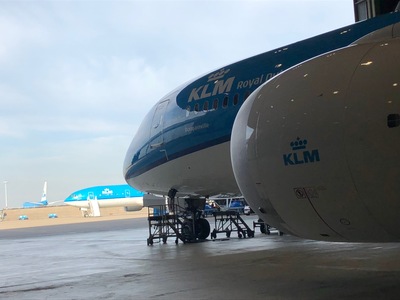 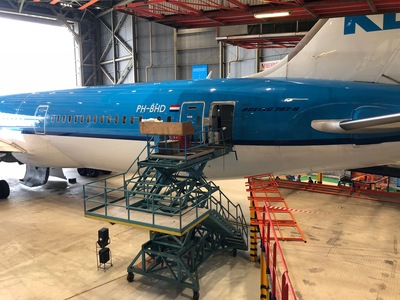 and this is what it looks like when you get inside the landing gear: 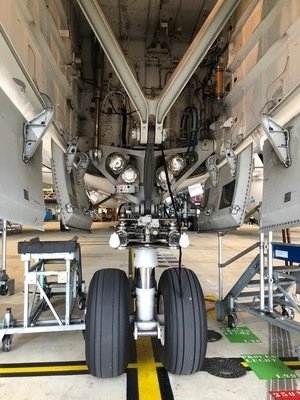 The flight deck looks like a flight deck (Anika is the flight simulator expert on HfP as long-term readers will know, I honestly haven’t a clue what is going on in this photo): 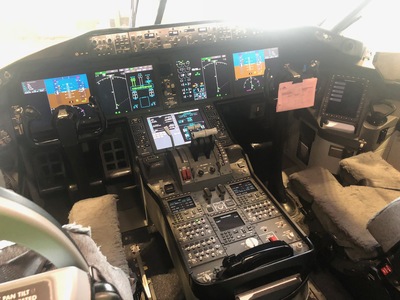 When the cabin or First Officer swap over with the 2nd pair, this is where they go above the cockpit for their rest period: 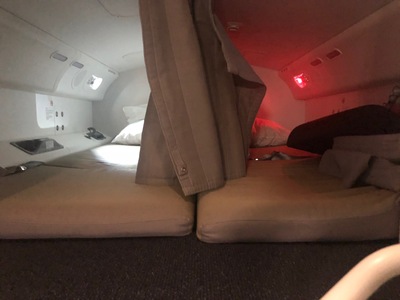 This is what you’ll get if you book Business Class on one of KLM’s Boeing 787-9 aircraft: 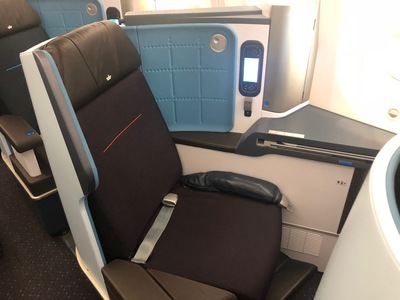 It turns out that it is virtually identical to the American Airlines Boeing 77W seat that I reviewed last week – the review is here.

I was very positive about that seat and, apart from cosmetic changes, there seem to be no major changes here.  The layout is 1-2-1 and the seats by the windows are angled inwards.  This means that you get quite a large space for your feet but cannot see out of the window very well when in the seat. 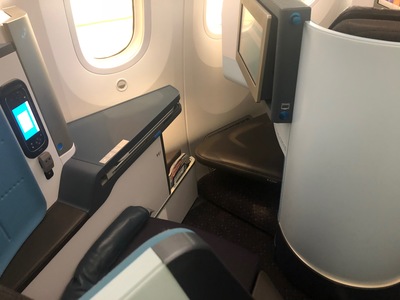 The middle pairs angle in, so – if you are sharing the middle pair with a stranger – your head is nowhere near theirs.  In fact, you head is nearer to the person across the aisle in the window seat.

Whilst both of you have your feet fairly close together, there is absolutely no chance of them touching due to a high divider. 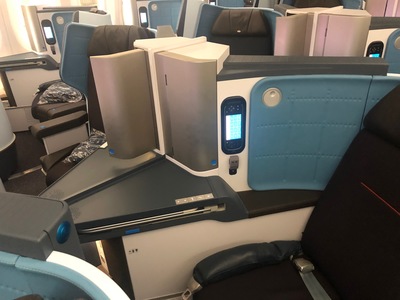 All in all, based on my American Airlines seat review, I would be happy to fly this.

There were some other seats at the back: 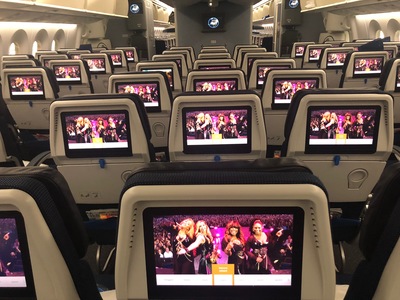 Finally, here is a shot of the crew rest area.  This can sleep up to six people (three in the area shown and three opposite) and is situated at the rear by the galley.  Apparently the rules insist that crew lay down during their rest periods – they are not allowed to sit because it is not seen as providing enough relaxation. 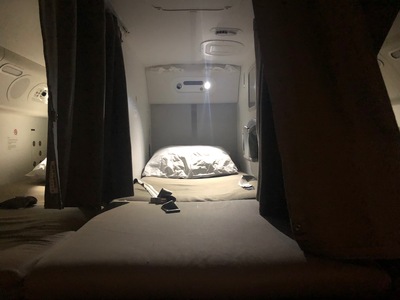 This is obviously a very quick overview of the KLM’s Boeing 787-9 but, in business class, it looks pretty good.  Remember that you will be able to redeem Virgin Flying Club miles for KLM flights from some point in 2019.