One of the quirks of British Airways Executive Club is that you can earn Avios and BA tier points when flying on Emirates.  Very few people know this.  All you need to do is book on a Qantas codeshare and ensure that your boarding pass has a QF flight number and not an EK flight number.

Not every Emirates route is a Qantas codeshare, but most destinations eastwards are included.  In this article (click) I show how my wife earned BA tier points flying Emirates to Singapore using Qantas flight codes.

There is now a new way of exploiting this trick. 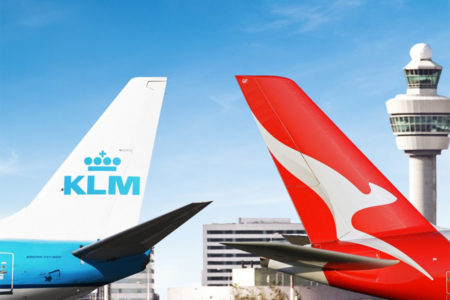 From 31st October, Qantas has been codesharing with KLM on its flights from Amsterdam to Singapore.  In return, KLM has added its flight codes to Qantas services from Singapore to Sydney, Melbourne, Brisbane and Perth.

If you book Amsterdam to Singapore on KLM, but using the Qantas flight code, you can credit it to British Airways Executive Club and earn tier points and Avios.

Qantas is the ONLY oneworld airline which works this way.  You do NOT receive Avios or tier points if you book a codeshare flight with any other oneworld airline if the actual flight is operated by a non-oneworld carrier.

The carve-out for Qantas is outlined on this page of ba.com.  In small print under Qantas it says:

There is no similar wording for any other partner.

You can find out more about the codeshare on klm.com here.