NOTE: American Express is running an advertising campaign for Platinum at the moment and asked us to write something about it as part of that. This technically makes this article an ad, although regular readers will recognise that the article has the same sentiments as every other Platinum article we’ve published in the last six years.

One of the key benefits of the American Express Platinum charge card is the wide range of airport lounges that you can access.

All Platinum cardholders know about the Priority Pass benefit because they get a card dropping through their letterbox! They may not fully understand how powerful it is, however.

There are also other lounge benefits available to American Express Platinum cardholders that you may not know about. Today I’d thought I’d take a look at all the options open to you. 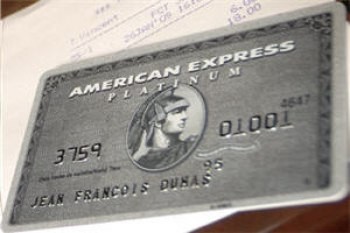 Priority Pass is a network of 1,200 independent airport lounges across the world. The Priority Pass website here has a list of all of the lounges you can access – you are very likely to find one wherever you are travelling, including all four Heathrow terminals.

Your American Express Platinum charge card comes with 2 free Priority Pass cards. You, as main cardholder, receive one and your first supplementary cardholder receives one. They arrive in the post at roughly the same time as your Platinum card.

Each Priority Pass card lets you take a guest into a lounge for free. Some people don’t join the dots here – what this means is that you can get a full family of four into an airport lounge with your Priority Pass. All you need to do is make sure that your partner is your first supplementary cardholder on your Platinum account and so gets their own Priority Pass. Both adults can then guest in one child each.

Additional guest are charged at £20 each. This is automatically charged by Priority Pass to your Platinum card.

Interestingly, this package is better than any which Priority Pass sells directly! If you look at their website, you’ll see that it is impossible to buy a version which comes with unlimited free entry for both yourself and a guest. The only way to get a Priority Pass which does this is via American Express Platinum.

Over the last year or so, Priority Pass has started doing deals with various airport restaurants too.

The first UK restaurant to sign up is The Grain Store at London Gatwick’s South Terminal, the terminal used by British Airways. You can go to The Grain Store, show your Priority Pass and get £30 of credit (£15 x 2 people) to spend on food and drink, either to eat in or take away.

It is worth keeping an eye on the Priority Pass website for these deals as they can provide a pleasant change to the lounge. In Portland in the USA for example, you can head down to House Spirits Distillery. Your Priority Pass gets you a $28 credit per person, which is exactly enough for each to get two cocktails AND a flight of whisky to taste! 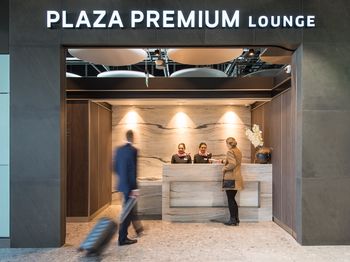 American Express Platinum also has a deal with the Hong-Kong based Plaza Premium chain of lounges. You can see the Plaza Premium lounge network here.

Most Plaza Premium lounges are in Priority Pass, which means that you can enter anyway by using the Priority Pass card which comes with Amex Platinum. There is one big exception – the new Plaza Premium Lounge in Terminal 5 at Heathrow, the main home of British Airways.

You cannot get into Plaza Premium Terminal 5 by showing your Priority Pass card. You CAN get in, with a guest, by flashing your American Express Platinum card at the door. 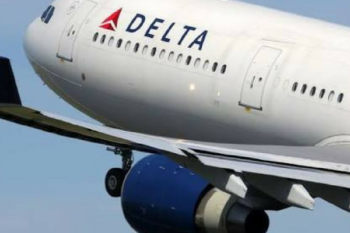 If you are flying with US airline Delta, your Amex Platinum card gets you (but no guests) access to Delta SkyClub lounges.

This can be more valuable than you think because – as I found myself when flying with Delta from Atlanta to Washington DC earlier in the year – even having a domestic First Class flight ticket with Delta does not automatically get you into their lounges. Luckily I had my American Express Platinum card with me.

This does NOT allow you to use the Virgin Clubhouse in Heathrow Terminal 3, which is Delta’s London facilty – only Delta-branded lounges.

Away from the airport, American Express Platinum also gets you access to all Eurostar Business Premier Lounges.

The new Paris lounge is particularly nice following its relocation – see our review here and photo above. A cocktail bar has also just been added to the lounge at London St Pancras.

This benefit can be a money saver. With lounge access provided by your Platinum card, there is arguably little benefit in splashing out for a Business Premier ticket but note that access is for the cardmember only and no guests are permitted. Standard Premier offers exactly the same seat – albeit with a lower quality meal – and American Express handles lounge access for you.

There are some other Platinum lounge benefits which you can access.

Airspace is a small network of independent US lounges. As you can see from their website, you get free admission for yourself and TWO guests by showing your Platinum card.

Airspace lounges can be found in Cleveland and San Diego.

As I have mentioned before on HFP, American Express is rolling out its own network of airport lounges. Despite being called Centurion Lounges, they are accessible by anyone with a Platinum or Centurion American Express card. You are allowed two free guests.

As per this website, you can find Amex Centurion lounges in Dallas, Hong Kong, Houston, Las Vegas, New York (LGA), Miami, Philadelphia, San Francisco and Seattle. New York JFK Terminal 4 is on the way and will be the largest Centurion Lounge yet.

They are in Delhi, Mexico City x 3 (I have been to one of these), Buenos Aires, Monterrey x 2 (Mexico, not CA!), Melbourne, Sydney and Toluca. These are accessible by Platinum cardholders from any country – guest policies vary by lounge.

It isn’t clear if these are all meant to be accessible for UK cardholders or not, but readers regularly get access to them:

As you can see, American Express Platinum cardholders get a wide range of airport and rail lounge benefits. There is a lot more too it than just a Priority Pass. My full review of Amex Platinum is here. You can apply here.

Disclaimer: Head for Points is a journalistic website. Nothing here should be construed as financial advice, and it is your own responsibility to ensure that any product is right for your circumstances. Recommendations are based primarily on the ability to earn miles and points and do not consider interest rates, service levels or any impact on your credit history. By recommending credit cards on this site, I am – technically – acting as a credit broker. Robert Burgess, trading as Head for Points, is regulated and authorised by the Financial Conduct Authority to act as a credit broker.