Any reader who believes my job is always glamorous would have been welcome to join me at 8.30 on Monday morning at Hatton Cross underground station, for a wind-swept walk through the post-industrial wastelands of Hounslow to BA’s flight training base.

I was there to see the arrival of BA’s latest legacy livery repaint – an A319 painted in the colours of British European Airways.  As I wrote last week, this one is a bit of a fudge as the A319 didn’t exist in BEA’s day and the livery has had to be adapted for modern safety standards.

Take a look at this picture of a BEA aircraft.  More importantly, look at the hangar behind it (click to enlarge): 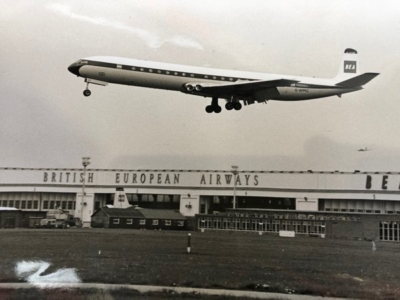 The hangar still exists, virtually untouched from when that image was taken.  It is where we were taken by BA to await the arrival of the plane.  I don’t know if it is listed or not, but if it isn’t then perhaps English Heritage should think about it. 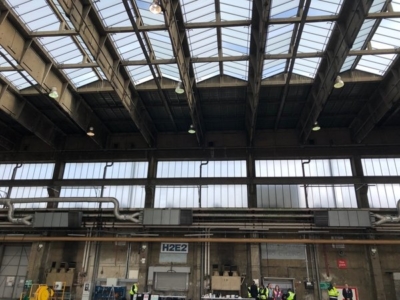 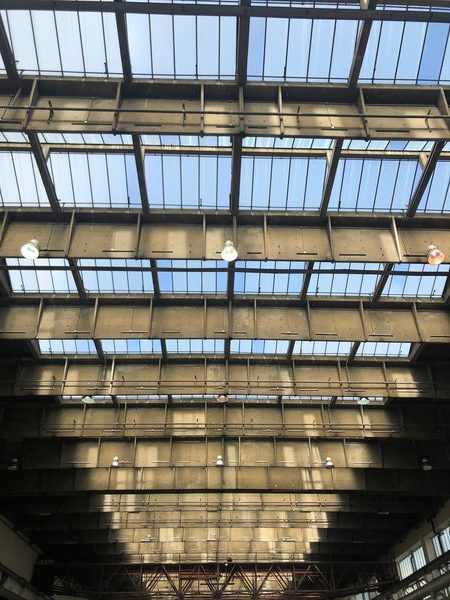 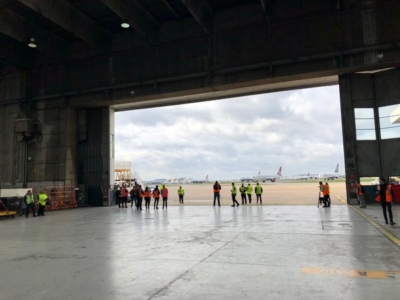 One unexpected highlight was meeting Jim Davies from the BA Heritage Centre, based at BA’s Waterside head office.  A friend of mine had visited recently – Jim remembered him – and highly recommended it, and I will add it to my ‘to do’ list for a review.  Visits are only by appointment.

Jim had brought some BEA memorabilia with him which he was happy to let us look through: 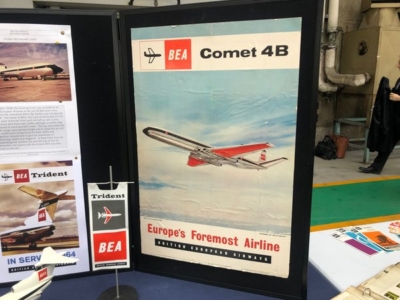 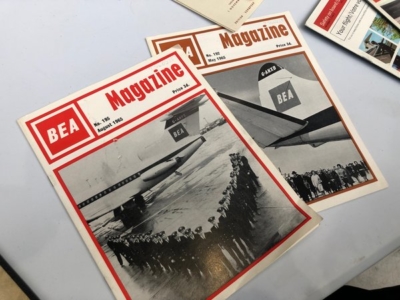 The image below is from a 1958 BEA timetable.  A return flight from London to Zurich was £32.  This is around £750 in 2019 money.  In real terms your flight today is 90% cheaper than it would have been in 1958.  Flying may have been more glamorous then, but in truth you wouldn’t have been able to afford it.  (Nothing had changed 20 years later when I was a child.) 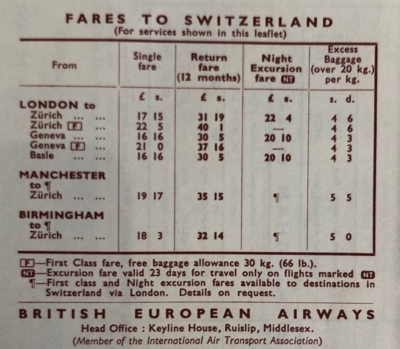 These sort of events involve a lot of hanging around, unfortunately, but the upside is that you get to say hi to other travel writers.  We are all regrouping in Berlin on Tuesday for ITB! 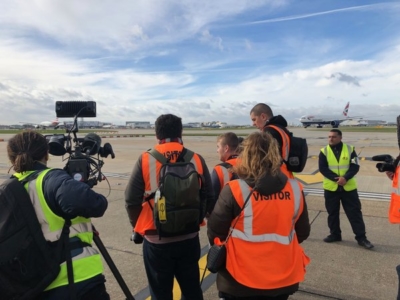 We were escorted from the hangar to the edge of the taxiway to wait for the plane to land.  There are two things you don’t really realise until you standing on the edge of a taxiway:

they are exceptionally noisy

That said, even if you know as little about aircraft as I do, you can’t help but be awed by a Singapore Airlines A380 edging towards you, turning around and then charging off down the runway.

The A319 landed (not easily photographed with an iPhone, so I didn’t), disappeared from view and then slowly cruised round to the hangar.  There is a good bit of video on HFP Instagram. 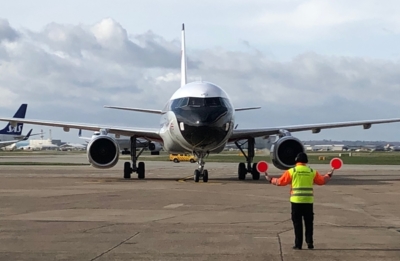 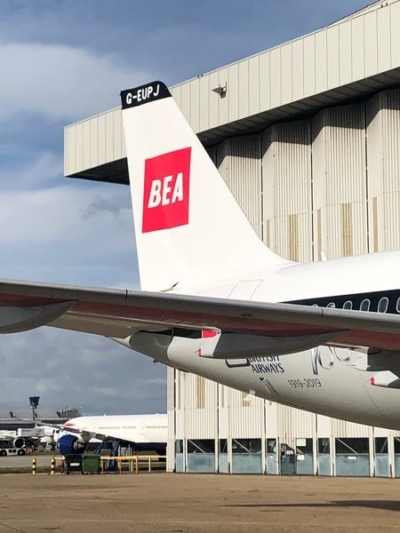 We got a bit of flag-waving with the female crew in BEA-era uniform – the pilots are wearing the modern uniform because they were the real pilots who brought the plane in, not dressed up rest-day pilots: 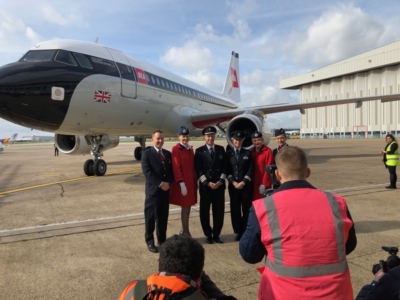 The photo shoot above went on for over 5 minutes.  I started to feel sorry for the crew!  By this point the aircraft had been moved around so we could see it side-on: 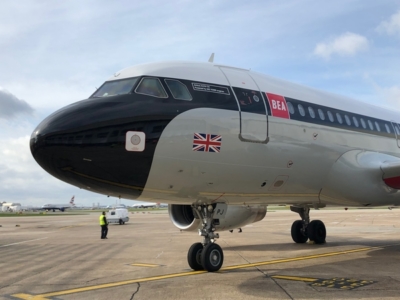 Luckily the weather behaved itself this time, unlike the BOAC launch two weeks ago which was a washout.  The storm clouds arrived two hours later by which time the aircraft was due for its first flight, to Manchester.

It was a good event and I was pleased to have gone.  As with anything to do with airports, however, the necessary security and aircraft delays mean that everything takes an age – it was 3.5 hours from when I arrived at Hatton Cross to when I got back.  It’s part of the reason why we don’t attend more industry events.  As it happened, I needed to be at Heathrow anyway to see the new Holiday Inn and to fly to Berlin …. more of which to follow.

If you want to see more pictures and video from the BEA launch, take a look at our Instagram feed.  Don’t forget to swipe through the posts which include multiple images.

Thanks to Jack and the rest of the BA press office for setting this up.