Low-cost US airline JetBlue announced its first international routes last night – but not until 2021.

The airline will be launching daily flights from London to both New York JFK and Boston.

You are probably wondering which airport JetBlue will use.  It isn’t saying, and for good reason.  In the US, it is lobbying hard for Delta, Virgin Atlantic, KLM and Air France to be forced to sacrifice slots at London Heathrow in return for allowing their expanded joint venture to be approved. 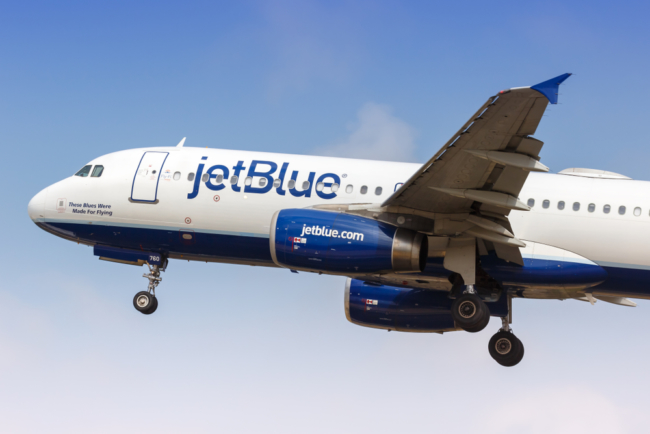 If Heathrow slots are released, JetBlue wants them.  If they are not, it is likely to choose Gatwick instead.

It isn’t a coincidence that Delta announced last week that it would launch services to Gatwick from New York and Boston in 2020 ….

JetBlue will use single-aisle A321LR aircraft, of which it has 13 on order.  These are the same planes that Aer Lingus is using to expand its schedule to the US East Coast, since this new variant of the A321 has enough fuel capacity to cross the Atlantic.

As well as London, the planes also have the reach to fly from JetBlue’s Boston and JFK bases to Amsterdam, Dublin, Lisbon, Madrid and Paris.

JetBlue has a premium cabin called Mint.  It is promising to “reimagine” Mint for transatlantic services, offering “premium service at a fraction of fares offered today”.

2021 is a long way away, however, and a lot can happen in aviation in two years.  It remains to be seen whether JetBlue can survive a pincer movement from BA / AA, Virgin / Delta and Norwegian.