If you have flown through New York JFK in the last week you may have been one of the first people to see the new British Airways Club lounge which has just been unveiled.

It is the culmination of a £52 million investment that included the refurbishment and expansion of the First Class lounge and the Concorde Room last Autumn as well as improvements to check-in areas and other general amenities.

The Club lounge at JFK is the third, after Rome and Aberdeen (reviewed here), to have the new “contemporary and luxurious” design theme that is slowly being rolled out across the network.

Note that British Airways seems to have dropped the ‘Galleries’ branding.  It is just called the ‘Club lounge’ rather than ‘Galleries Club’. 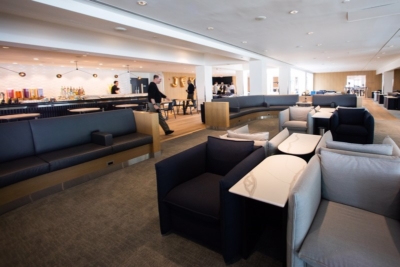 The lounge is 22,000 square feet.  It is only slightly smaller than Delta’s flagship SkyClub in Terminal 4 at JFK and significantly larger than the 13,000 square foot lounge that Cathay Pacific has at Heathrow Terminal 3.  BA has calculated that 16,500 customers per week will be eligible for access, including those flying Iberia and on some Qatar Airways flights, so it has to be big. 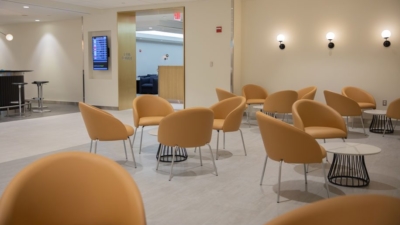 From the looks of things, one of the key improvements appears to be additional connectivity in terms of available plug sockets.

There’s also a new entertainment room with what sounds like Playstations, a re-opened Elemis Spa, the brasserie-style dining room for pre-flight dining (Club World passengers only, no status card holders) and a BrewDog craft beer room (three different beers on tap) to celebrate the new custom-brewed Speedbird 100 beer that is now available on flights.  A granite-topped Scottish-themed Quaiche bar is available with an “experienced bartender” at peak times. 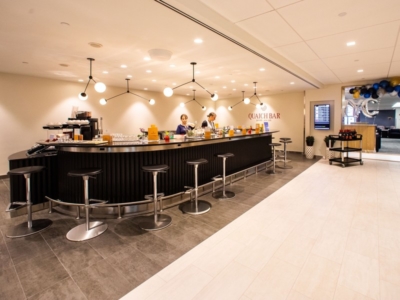 Rob will be reviewing the lounge on his next trip to New York in June.  BA did invite us over to take a look last week but Bank Holiday parenting duties called.  Here are some photos that a reader, Alex, sent in:

Whilst the new lounge is certainly an improvement on what was there before, general online feedback so far is that it lacks the flair of the new lounges in Rome and Aberdeen – although neither of those is on anything like this scale – or Gatwick South, which used a different design team.  We’ll let you know once we’ve seen it in the flesh.  However good it turns out to be, it will have a very short life following the decision to move in with American Airlines in Terminal 8 in 2022.