The next wave of American Express changes is here.

The Costco TrueEarnings American Express card has been closed to new applicants.

It should already have been removed from the American Express website by the time you read this.  If not, it will be gone in a few hours.

This is not hugely surprising.  In some ways, I am surprised it took so long.  A couple of years ago American Express lost its contract to issue Costco credit cards in the US.  This was a huge blow to the company, representing 10% of its global business. 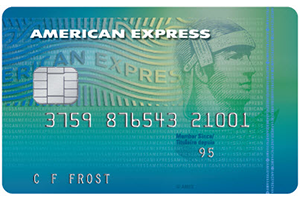 For people who don’t know Costco, it is a US-based chain of – effectively – cash and carry warehouses.  There are 29 sites across the UK.  They sell a huge range of items and whilst the stores may be cheap-looking the products are not – wine buffs, for example, tend to swear by Costco for cheap Cloudy Bay and Dom Perignon.

In theory, you need to be ‘in business’ to become a Costco member.  In practice, their rules are pretty lax and you may well qualify for individual membership.  Anyone who works in finance, or is a retired employee of a bank, qualifies for example.  There is also a long list of professional bodies that are accepted.  If you are self-employed you are definitely OK.  Some big corporates also have company-wide deals for their employees.

Individual membership is £28 + VAT per year.  You should save that pretty quickly.

Why was the Costco TrueEarnings American Express card interesting?

For a small subset of HFP readers, the Costco Amex was very interesting.

There was no sign-up bonus but that was offset by some very generous returns:

3% cashback on all of your restaurant spending (no cap)

2% cashback on all of your travel spending (no cap)

The only ‘gotcha’ was that, to receive your cashback, you had to visit your nearest Costco to redeem a voucher sent to you annually by American Express.

You can probably see what got people interested.  If you were a heavy traveller, 2% cashback on all of your travel costs could be a significant amount of money.

The only snag is that there was the usual 3% foreign exchange fee. If you were spending money on travel abroad you were better off with an ‘FX free’ card. If you were travelling a lot in the UK, were booking a lot of foreign travel priced in £ or were paying travel bills abroad and getting repaid by your employer, however, this was very interesting.

Even the 1% cashback on all of your general spend was a decent deal given that the card had no annual fee.  Had there been no FX fees on this card, I think it would have been in the pockets of far more HFP readers than it was.

However, the card has now bitten the dust.

Are the Harrods, Starwood Preferred Guest (Marriott Bonvoy) and Nectar cards at risk too? I honestly don’t know:

the Nectar card is widely held but there is also a Nectar-earning Mastercard issued by Sainsbury’s (with the super-ungenerous rate of 1 Nectar point per £5 spent, 80% less than the Amex card).  Now that Sainsbury’s owns Nectar outright, wouldn’t it prefer to promote a credit card issued by its own banking arm?

Creation is – in theory, but they are now 8 months behind schedule – relaunching the Marriott Rewards Mastercard

None of these three cards is irreplaceable …..