After a short suspension, which seems to have been lifted after it was found not to breach Twitter guidelines, the Fake Alex Cruz Twitter account is up and running again at @alexcruzmaybe

If you’re active on Twitter I recommend following this account, because it is genuinely amusing.  A direct link is here.

Let me be absolutely clear.  I know the real Alex Cruz and I like him.  He’s a smart guy and very personable, more so than many outsiders think. 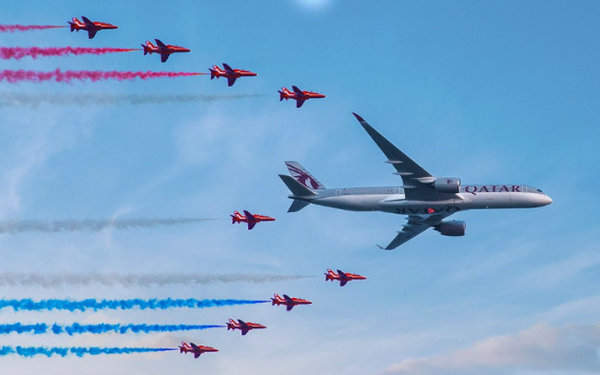 @alexcruzmaybe is not, in any way, cruel, rude or mean to the real Alex.  I wouldn’t recommend it if it was.  It is parody in the best sense of the word.

I don’t know who writes it, but they genuinely know a lot about what is going on in this sector, which is partly why the parody is so good.

Here is a recently tweeted image of BA’s updated plans, post strike vote, for the BA flypast with the Red Arrows at the forthcoming Royal Air Force tattoo ……..