After four weeks of voting BALPA, the British Airline Pilots Association has announced that British Airways pilots have voted in favour of strike action.

This follows a four week ballot that closed at midday on Monday.  The vote is over a pay dispute with British Airways, which offered an 11.5% pay rise over three years that was rejected by the union.

93% voted in favour of industrial action on a 90% turnout.

For comparison, the 2017 vote organised for Thomas Cook pilots by BALPA had an 88% turnout with 91% of pilots voting in favour. 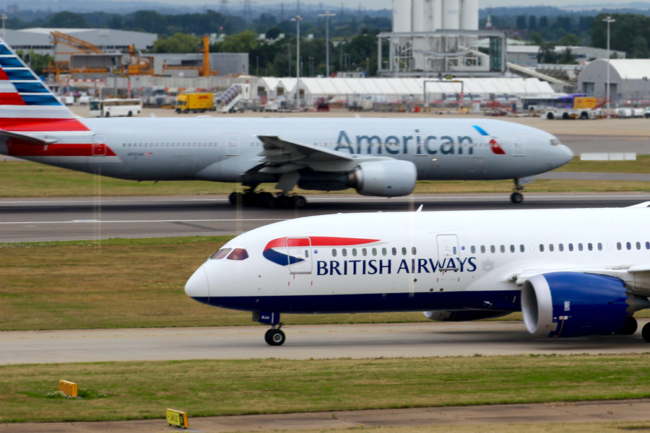 BALPA represents 90% of the 4500 British Airways pilots, suggesting that around 4000 were eligible to vote.  Emails sent to members, seen by HFP, advised them not to vote in favour of industrial action unless they were 100% committed to walking out, so we have to assume that (93% of 90% of 90%) 75% of all BA pilots are willing to strike.

“This strong result demonstrates the resolve of BA pilots, and shows BA that it must table a sensible improved offer if a strike is to be averted. Sadly three days of ACAS talks have not moved the company’s position one iota. Settlement of this dispute is in BA’s hands.

“We do not wish to inconvenience our customers which is why we have tried to resolve this matter through negotiation starting last November – it is BA who has regrettably chosen to drag this out into the summer months.”

“We currently do not have dates for any potential strike action and will issue an update on this in due course. We remain hopeful that this dispute can be resolved before strike action, but we remain committed to action if necessary.”

British Airways is heading to the High Court

British Airways is seeking a High Court injunction on Tuesday against any strike action, based on potential weaknesses in the balloting process.  This is par for the course in industrial disputes these days, however, and is not always successful.

In 2017 a similar legal challenge by Thomas Cook against the BALPA strike ballot was thrown out with the judge awarding BALPA all costs and refusing any right to appeal.

Even if the ballot is deemed unlawful, BALPA will simply re-run it after making the required changes to the wording or process so the ball is simply kicked down the road.

The union must give British Airways two weeks notice before commencing any action, which puts Tuesday 6th August as the first possible day of disruption.

It is not clear what will happen next.  Irrespective of what British Airways would like to do, it will be virtually impossible to offer alternative flights to more than a small percentage of impacted customers.  Others airlines will already have full flights and there are few alternative aircraft available to charter at peak season.  The idea that one million passengers per week can be accommodated elsewhere is ludicrous.

It is more likely that passengers booked onto affected services will receive an email notifying them that their flight is cancelled and offering a refund.

Your travel insurance may prove inadequate if you have pre-paid accommodation or car hire.  The only positive news is that the CAA’s ruling against Ryanair last year means that EU261 compensation should be payable on top of your refund.

The difficult question is whether you should book a refundable back-up ticket on another airline now before the strike dates are announced and availability disappears.  You would be paying the high premium of a flexible ticket, but at least you can be sure you will be travelling.

There is a risk that back-up tickets booked ahead of any strike announcement will not be reimbursed by your travel insurance.  However, this is not guaranteed to cover industrial action in any event.  Even if it does, there is likely to be a clause restricting payment if you booked after the media first started reporting potential strike action.

In terms of Executive Club credit, British Airways policy during previous industrial action is that you WILL receive Avios and tier points for your flight, even if it is cancelled and you choose not to travel or are re-routed on a non-oneworld carrier.

We will keep you updated as we receive more information.