There is no simple answer to the question of “Can I get the points and status credit from multiple hotel rooms on the same night?”.  If you have a couple of kids it is one that comes up on a regular basis, as two standard rooms are often cheaper than a suite.

Back in January I ran a long article on this subject which looked at each of the main chains policy.  It was quite clear that IHG Rewards Club was the least generous.

Unless you were staying in the US or Canada, you could not earn points from two or more rooms on the same night.  No other chain was this restrictive. 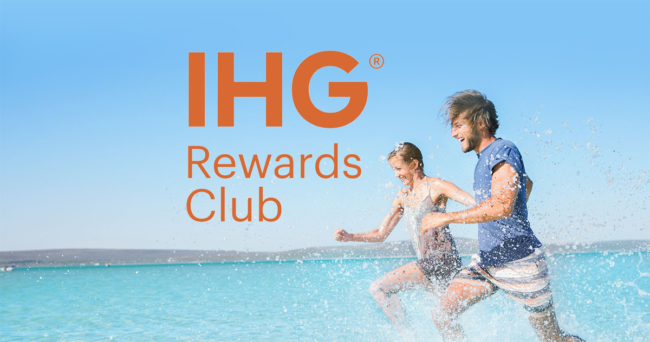 IHG has gone from the worst to the best

IHG Rewards Club now has a new and much improved policy.

Take a look at the IHG Rewards Club rules here and scroll down to clause 21.  It now says:

“At U.S., Canada, Europe, and Greater China (Mainland China, Hong Kong, Macau, Taiwan) hotels (except InterContinental® Alliance Resorts), you can earn Points on all Eligible Charges for multiple hotel rooms (up to 9) provided those rooms are used in conjunction with the Member’s stay at the same hotel, and the Member’s IHG Rewards Club account number is recorded on each reservation, or the charges from those multiple room reservations are referred to on the hotel room bill associated with the Member’s reservation.”

Yes, Europe and Greater China are now included in the list of regions where you can credit up to nine rooms to your account per night.  It still isn’t global, admittedly, but adding Europe is a substantial improvement for Head for Points readers.

What are the chain policies on crediting multiple hotel rooms to one account?

Let’s take another look at the ‘multiple room’ policies of the major chains.  In all cases:

All rooms must be booked in your name, and

You must occupy one of the rooms, and

You must pay for all of the rooms

Let’s start with IHG Rewards Club, as that was what started this discussion in the first place.

Can you earn points for multiple rooms per night?  ‘Yes’ in the US, Canada, Europe and Greater China (Mainland China, Hong Kong, Macau, Taiwan) (maximum 9 rooms per night), ‘No’ elsewhere

The terms and conditions of IHG Rewards Club are here if you want to check the wording.  See clause 21.

When it comes to Accelerate, it is usually better to credit each room to a different IHG account anyway.  Accelerate usually offers a generous bonus for your first stay during each promotional period, so if you have multiple rooms you should credit each to a different IHG account.  You can be creative here – if you have one room for you and your partner and another for your kids, book a room each under your name and that of your partner.  The hotel won’t know who is sleeping in each room and your partner gets the credit for the 2nd room. 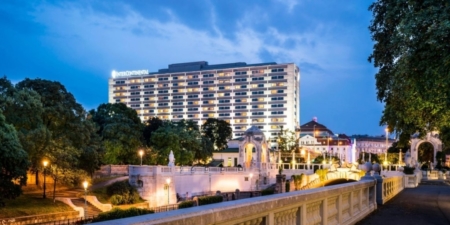 Hilton Honors has a decent policy but you need to be aware of the small print:

The Hilton Honors terms and conditions are here.  See clause 5 under ‘Accrual of Points’.

I came a cropper here a couple of years ago at an Embassy Suites, because the hotel had already prepared the bills the night before and I forgot to merge them.  Whilst my name was on both rooms I only received points for one of them.  Luckily the Hilton contact centre took pity on me and credited the additional points, but you shouldn’t rely on this. 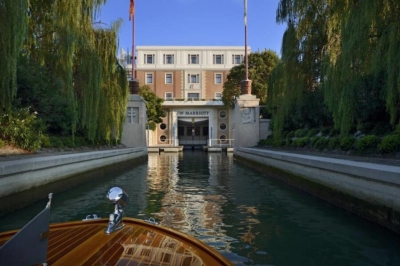 Following the merger of Marriott Rewards and Starwood Preferred Guest, this is what the new combined programme offers:

This is a change from the old Starwood Preferred Guest rules, which DID let you earn qualifying nights for up to three rooms per night.  People who were close to status would often book three nights at one of the Heathrow hotels over a cheap weekend!

The Marriott Bonvoy terms and conditions are here.  Click on ‘Earn Points’ to bring up the relevant section – it is in Clause 2.1.b 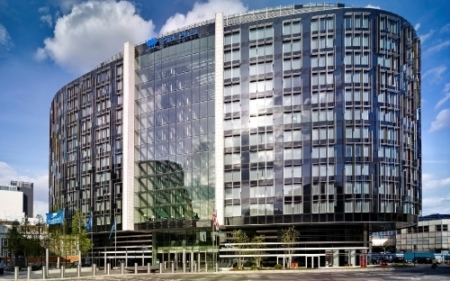 Radisson Rewards has an identical policy to Marriott Bonvoy:

You can clarify this in the Radisson Rewards terms and conditions here under Clause 3 / a / i. 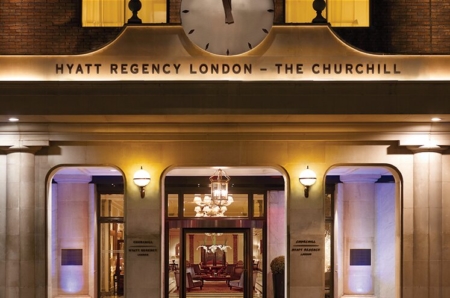 World of Hyatt also has the same rules:

The World of Hyatt terms and conditions are here.  See clause 1.8 in Appendix A.

With its recent change, IHG Rewards Club is – by far – now the most generous scheme in terms of how many rooms per night can be credited to the same loyalty account.  In Europe, the US, Canada and Greater China, IHG will let you credit nine rooms whilst other schemes now cap out at three.

However ….. there is one other thing to remember.  All of the other schemes listed above allow, with different levels of restriction, FREE transfers of points from one account to another.  IHG Rewards Club does not.  If you have a four room Hilton booking, for example, you could credit two rooms to your account, two rooms to another person and then use points pooling to send those points – for free – to yourself.