World of Hyatt partnered with Small Luxury Hotels of the World (SLH) last year.  This allows World of Hyatt members to book SLH properties via hyatt.com, and get exclusive benefits for doing so, and redeem their World of Hyatt points with SLH.

A further batch of SLH hotels was added last week.  It includes Inverlochy Castle near Glenfinnan (home of the ‘Harry Potter bridge’) in Scotland, pictured below.  We actually popped in to this hotel when we were in Scotland in May to see how it compared to the place we had booked down the road – I didn’t realise at the time it was SLH.

There is actually one other UK castle which can be booked with hotel loyalty points – Crossbasket Castle in High Blantyre, near Glasgow which is pictured below.  This is also part of the World of Hyatt / SLH tie-up.

Most people don’t realise what good UK hotels are now bookable with World of Hyatt points via the SLH tie-up.  They include: 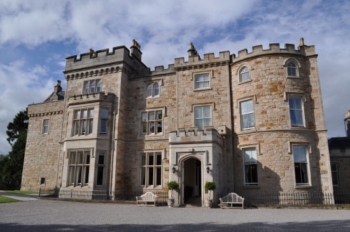 It’s just a shame that World of Hyatt points are so difficult to earn if you live in the UK.  There are only a modest number of Hyatt properties in major business cities in Europe, there is no UK credit card and they are not an American Express Membership Rewards partner.