When I was in Venice in August 2018 I noticed that Marriot’s Westin Europa & Regina was closed.

Following a total refurbishment, it has just reopened under the luxury St Regis brand.  This will make another excellent Marriott option in Venice to add to the JW Marriott (on an island outside Venice, JW Marriott Venice review here), the Gritti Palace and the Danieli.

You may remember that St Regis used to have a hotel in the lagoon, next to the JW Marriott, but it closed after a year and was rebranded as a Kempinski. 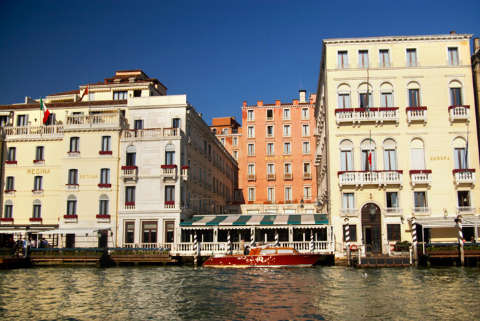 Here is an extract from the press release:

“St. Regis Hotels & Resorts today announced the debut of The St. Regis Venice, located steps away from Piazza San Marco and boasting the largest waterfrontage in Venice. The opening follows a two-year, full-scale renovation, restoring the grandeur of the former Grand Hotel Britannia, which opened in 1895 – the same year as the inaugural Venice Biennale. 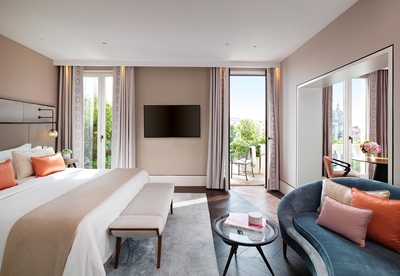 The hotel offers 169 guestrooms and suites, many of which boast private terraces or Juliet balconies for sweeping views of Venice’s iconic landmarks. Situated across the Grand Canal from Punta della Dogana, the hotel marries its celebrated heritage with the St. Regis brand’s modern design and bespoke service throughout a unique collection of five Venetian palaces, with the oldest dating back to the 17th century. The hotel’s spacious secluded garden sets the hotel apart, making it a lifestyle destination where guests and locals alike can enjoy remarkable views of the Grand Canal. 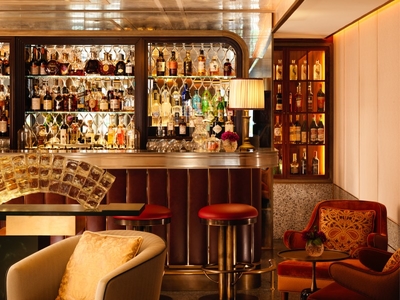 From its ideal location at the mouth of the Grand Canal, The St. Regis Venice offers unparalleled vistas of some of Venice’s most celebrated landmarks, including the Santa Maria della Salute Basilica and the Punta della Dogana Museum. Behind the hotel lies Calle XXII Marzo, a street which is home to elite boutiques and contemporary art galleries, which allows for seamless access to the Grand Teatro La Fenice, the city’s temple to opera. With Piazza San Marco a four-minute walk from the hotel, guests will find Venice’s famed attractions within easy reach. 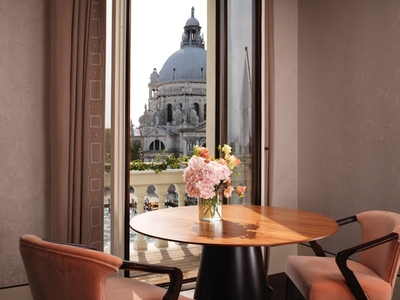 Throughout its storied history, The St. Regis Venice, in its various guises, has played host to a roster of illustrious guests, global influencers and tastemakers. The five ‘palazzi’ that make up the hotel enjoy a position of privilege overlooking the Grand Canal, with Badoer Tiepolo being the oldest palazzo, which dates back to the 17th century. By the 19th century, palazzi Tiepolo, Barozzi and Regina were converted into the Grand Hotel Britannia, more recently known as Hotel Europa & Regina. 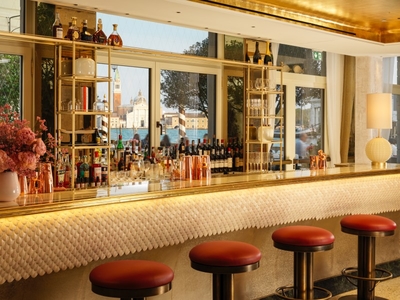 The Grand Hotel Britannia attracted notable intellectuals and socialites as well as renowned painters J.M.W. Turner, John Singer Sargent and Claude Monet, who in the autumn of 1908 was inspired by the hotel’s spectacular views during his stay as a guest and worked to capture the passage of light in his artwork. It is recorded in the book “Monet in Venice” by Philippe Piguet that Claude Monet’s wife, Alice, remarked in her daily letters to her daughter during their stay, “the views from our hotel room are the most magnificent of all Venice, and it’s all for Monet!”  The hotel was also the first in Venice to have electricity in every room.” Most of the time, very much so.

Alternatively, it is 85,000 Marriott Bonvoy points (Category 8 pricing on a ‘standard’ date).  You are getting 0.85p per Bonvoy point, which is substantially above my target of 0.5p.

Skipping forward to a June weekend, you are getting a slightly worse deal because peak-date pricing kicks in.  It is still £724 per night but a redemption is now 100,000 points, so you are getting 0.72p per point – albeit still well above my 0.5p guideline.

The hotel website is here if you want to find out more.  It is too early yet for any reviews, and you’d expect a few early wobbles anyway, but hopefully it will work out well.  That said, if you have children I think you’d be happier over at the JW Marriott where you have outdoor pools and lots of other facilities – see my two-part JW Marriott Venice review here.